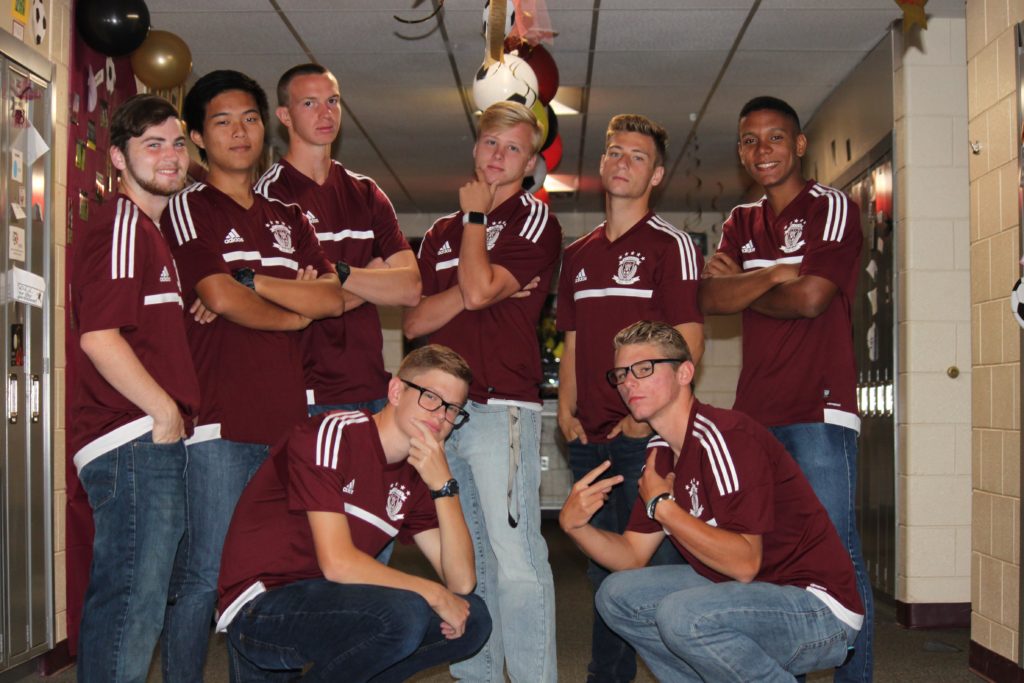 My senior soccer season was something I had been looking forward to for many years. As I saw in previous years, the seniors lead by example to rest of the team. I wanted my senior soccer season to leave a legacy and to obtain intentional relationships with all my teammates that would be seen on and off the field. Having the opportunity to be on varsity all four years of high school was a tremendous blessing, serving as a captain my senior year was something I had dreamed of. I am so thankful for all the teammates I have had throughout the years who have taught me so much on the field, and in the hallways at school. I could not have asked for better coaches! Coach Johns and Coach Rush have pushed us to be the best players we can be, which we can apply to more than just soccer. Coach Rush was always there to encourage us and motivate us to do our best. After an intense practice, Coach Johns would often gather us around for a short devotional led by him or a senior he had chosen. He did so because of the importance of keeping Christ as the center for all we do. Whether we won or lost, we glorified God for the abilities in which He gave us. Both Coaches have had a tremendous impact on my life. One of my favorite aspects of playing soccer for a Christian School is our ability to impact others for Christ with athletics. I always enjoyed gathering together with the opposing team after our games and praying to God. There were many instances opposing players would later thank me for the opportunity to pray together. Our team accomplished many of our goals this year. As a team, we finally were able to tie one of the hardest teams on our schedule; the first time a Faith soccer team has not lost to Argos. Unity was another goal our team had, and anyone who interacted with the team could agree that we all had an enjoyable time together. Whether it be after practice, after a good win, or after a tough loss, the team came together and supported one another on and off the field. Thanks to Mrs. Rush and Mrs. Johns as we were in the best shape we could be in to start off the season! After waiting for my senior season to come for many years, its hard to believe that it is over so soon. Thanks again for all those who came out to support us and invested in our lives. Memories were made on this team that will last a lifetime!

Charlie Mikels
I'm Charlie. Class of 2018 and TA for Mr. Grass. I'll be here to collect and publish posts for other students across our school's various activities.