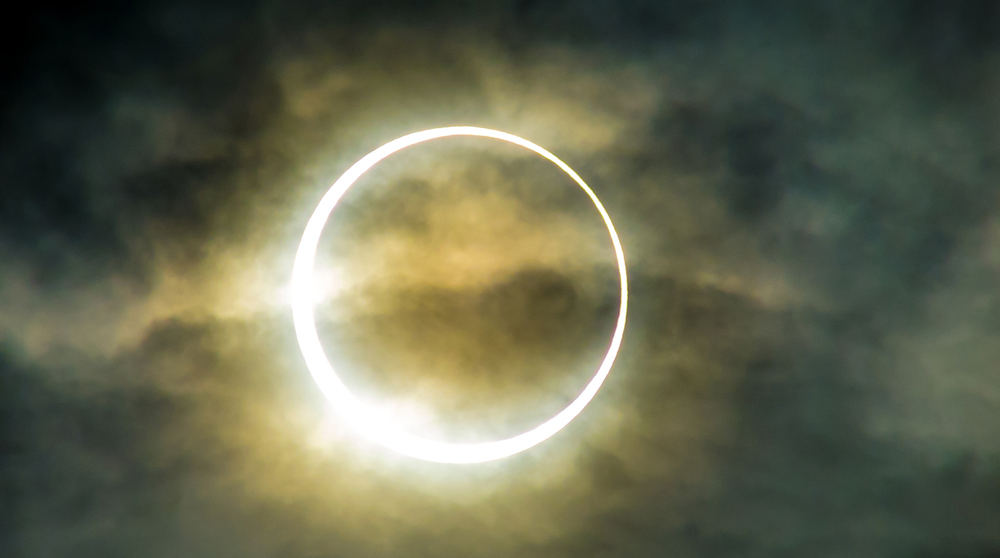 While reading through the book of Ezekiel in the Bible, there is a common phrase that is repeated over and over again, “Then they will know that I am the LORD.” It usually follows one of two events – God’s great blessing on a nation or God’s great destruction of a nation. This phrase brings up an interesting question – why is it so important for these people to know that He is the LORD; why does He go to such extremes to reveal this to them?

When thinking about this question, my thoughts landed on a (admittedly) tacky glow-in-the-dark shirt that was gifted to me quite a few years back. The front of it had the phrase “Be the Moon,” with a drawing of the moon; the back said “Reflect the Son,” with a drawing of the Cross of Christ. I know it’s sort of an “eye-rolling” pun, but it brings up a vital point. There is an immense jewel that lies within the foundation of the phrase, “Then they will know that I am the LORD.” God wants people to know that He is the LORD because there is no higher calling in a person’s life than to bring glory to God, namely His son, Jesus. To us, this concept seems confusing, possibly even conceited. That is because we cannot comprehend how good it is for God to receive glory because we are creatures who were created to give glory.

The moon was created to reflect the light emitted by the sun, so we would have illumination at night. The moon has no light-emitting qualities of its own (a fact that rocked my 3rd-grade mind, by the way). In the same way, humans were created to reflect glory. We have no qualities of ourselves that are worthy of glory or worship. If you have a history of reading your Bible, you might be saying, “But Stefan, what about verses like Psalm 139:14 that claim ‘I am fearfully and wonderfully made’? Surely I have attributes about me that are worthy of glory!”  What people often neglect is the beginning and end of that verse –

“I praise you because I am fearfully and wonderfully made;

your works are wonderful,

I know that full well.”

That phrase is deliciously sandwiched between two cries of worship! David, the writer of that particular psalm, sees that there are attributes about us that are magnificent (our anatomy, our cognitive abilities, our physical capacities, etc.) but instead of glorifying himself, David turns his worship to the one who actually made this wonderful creation.

On the other hand, there are those who desire glory for themselves. An excellent example is given in chapter 29 in the book of Ezekiel where Pharaoh, king of Egypt, has claimed the Nile to be made by himself for his own glory. This assumption comes to a screeching halt when God declares Pharaoh’s destruction because of his self-glorifying pride and blatant disregard towards the actual order of things. There should be an obvious rebuttal in our minds to Pharaoh’s claim of creating the Nile – “That is ridiculous.” It was flowing before he was born and it’s still flowing in his absence. Pharaoh had fooled himself into thinking that the Nile was his creation intended for his glory. Paul Tripp calls this act of conceit what it truly is – becoming a “glory thief.”

What about you?  Do you see attributes of yourself or particular areas of gifting and parrot the words of Pharaoh, “This is my own; I made it for myself” (Ezekiel 29:3) or do you follow the example of David and say, “I praise you!”?  Are you giving glory to whom glory is due, or are you nothing but a moon that has tricked itself into thinking it is the sun?