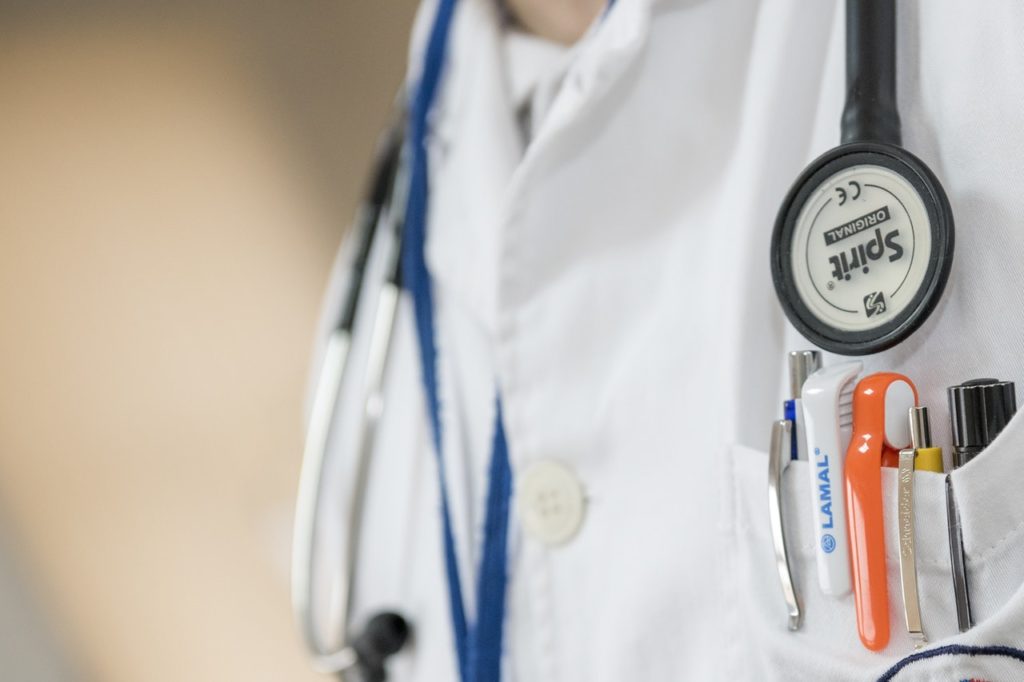 And Jesus said to them: “Those who are well are in no need of a physician, but those who are sick. I have not come to call the righteous but sinners to repentance.” Luke 5:31-32

Sickness… everyone on Earth deals with sickness at some point in their lives. Some people suffer more than others; but all sickness leaves the victim with one common hope: the hope to be better.

When I was roughly 12 or 13, I was afflicted with multiple bouts of intense stomach pain which were also accompanied by nausea and horrible headaches. Doctors were stumped for quite awhile before they finally found the root of my problem- but in the meanwhile, little 13 year old me would lay on the couch all night long, only waking up when nature called. It was a very difficult time of my life, and I wanted it to be over. A couple months of testing and a few scans later, it was found out that my gallbladder did not function at all- and that’s what was causing my stomach pain, nausea, and the headaches accompanied the stress of it all. I had surgery to remove my gallbladder sometime in October of 2016. Since then, I can’t say I can complain. I have been very healthy and can live my life like a normal person again- and for that I am thankful.

My later teenage years came with some more struggles- sparing details, I was spiritually dead and was running as far away from the Lord as possible. This led me to sin in many different areas of my life. I hit rock bottom in February of 2017, and two short months later, I moved into Vision of Hope. When I moved in here, I was scared, confused, and I really didn’t know if I wanted to be here. I waited it out a couple weeks until I attended my first Church Family Night here. When the pastor started talking about communion, and the elements started passing, I felt something in me telling me not to take it. It was during this time of reflection that I prayed for the Holy Spirit to enter my heart. I started talking to my counselor about this, and she began teaching me how to build a solid foundation in Christ.

A short time after I became a believer, a song titled “The Cure” by Unspoken was released. This song talks about Jesus being the ultimate healer, doctor and father of our souls.

“You are the doctor, healer and father, to the orphan without a soul.

We fell into darkness, lost till you found us, you’re the remedy we’re looking for,

You are the cure!”

When I first heard this song, the idea of Jesus as my spiritual doctor had never come to my mind. I had never thought about Jesus as MY personal doctor. I had heard of Jesus described as “Savior” and “Lord”, but I didn’t really understand what that meant. The medical analogy of Jesus as doctor sparked a passion in me that I never knew existed. I was quickly looking to get my hands on any and every kind of medical reading that I could- which was very limited, but it all fascinated me. The more I learned, the more I wanted to learn.

Luke’s gospel was written from the perspective of a Greek doctor named… (you guessed it) Luke. Luke was a Gentile; in fact, he is the only Gentile writer in the entire New Testament. His gospel focuses on Jesus coming to save Jews AND Gentiles alike. Luke 5:31-32 illustrates the picture of the very point of the gospel. You don’t go to your doctor just to tell them you’re feeling great, in the best shape of your life, and you don’t need anything from him or her. You call your doctor to get treated for sickness and ailments, whether chronic or temporary. This is Luke’s point: Jesus came to save all who ACCEPT and believe in Him.

-This reflection on Jesus as the healer of our souls was written by a phase 2 resident. We are thankful that during her time at VOH, Christ called her to repentance and brought her from death to life in Him. We are all spiritually sick and dead apart from Christ, but He came to bring healing and life to those who trust in Him.