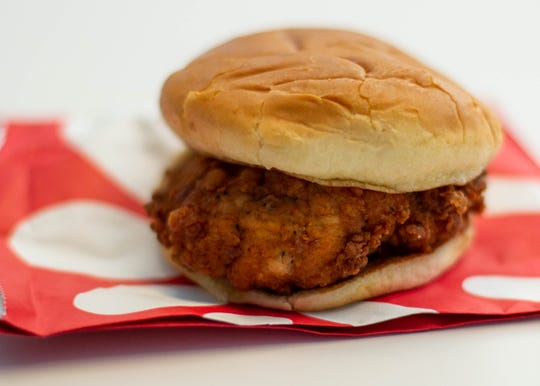 Rarely do I or the members of Faith Church engage in public controversies. We prefer to focus on ways we need to change (progressive sanctification), the proclamation of the good news of Jesus Christ (worldwide evangelism), and doing good works in our town (community-based outreach).

However, if we believe biblical principles might bring civility to a conversation or if we think our friends on the cultural left need to be reminded about the important place of religious liberty, we occasionally speak into such occurrences.

On October 21st, I wrote a letter to the members of the Purdue University Senate (read the letter). The backstory is that on July 29, 2019, Purdue announced that a Chick-fil-A restaurant would be part of their new Third Street North housing project (read the article).

On September 9th, the University Faculty Senate met and according to subsequent media reports, the plans were “called out by faculty members, who suggested the university needed to reacclimate itself with the proper way to treat its LGBT students and staff” (read the article). The Senate considered a proposed resolution to make sure that commercial ventures on campus “uphold the same values and promote inclusivity with their policies, hiring practices and actions.”

The next day, I penned an op-ed (read the article) asking if the university’s desire to be inclusive embraced all viewpoints, including people of conservative religious faith. My observation over the years is that sometimes when people speak of inclusion, they actually advocate for policies that purposely or inadvertently exclude individuals with whom they disagree. I then left for Chicago because Pastor Newton Pena and I were flying out early the next morning on a mission trip to Bolivia. By the time I reached the hotel, I observed that some people rather strongly disagreed with my perspective (read the article).

The next morning, I received a series of unsolicited e-mails from a Purdue University Professor who suggested that students who ate at the new Chick-fil-A would be lining up “to eat that terrible chicken just to make an openly hateful anti-LGBTQ point.” Before the day was over, he had also called me a “false prophet” and “Satan.” You can read the entire e-mail exchange here. I have redacted the professor’s name because my goal is not that someone be punished, but instead that we all be taught about the importance of exercising and promoting civility in the public square. I also believe progressives need to wrestle with the question of whether religious freedom should be promoted and practiced in our community and at Purdue University.

The University Senate met on October 21st. Media reports (read the article) present a picture of a diverse group of people seeking to wrestle with challenging questions. Audrey Ruple, chair of the University Senate’s Equity and Diversity Committee, said that “inboxes of those who’d spoken out were inundated with mocking hate mail” including “Purdue Student Government President Jo Boileau, who is part of the LGBTQ community on campus.” I hope we would all agree that just like it was wrong for a professor to call me a “false prophet” and “Satan,” it would be equally wrong for a person to speak in a hateful way to a member of the LGBTQ community.

That is a significant aspect of the challenge regardless of the position you take on human sexuality and the definition of marriage. How can you believe and act on your view without purposely or inadvertently contributing to a spirit of animus toward those with whom you disagree?

In the meeting, several senators including people from Faith Church, raised the question of where religious liberty fit into the resolution and whether this was “an attempt to stifle Christians on campus.”  John Gates, Purdue’s vice provost for diversity and inclusion, said, “We don’t accept discrimination from anyone on any level…Whether we agree with everybody or not, if we’re truly going to be an inclusive framework, we can leave nobody behind. So, conservatives and liberals both are included, and people in between. Straight and gay, it doesn’t matter. We are one university, and it’s a university of all people. That actually includes Chick-fil-A.”

That actually includes Chick-fil-A. I am very thankful for a vice-provost for diversity and inclusion at a secular university who would take that kind of principled stand. It illustrates the kind of charity and balance required to function well in a pluralistic society. I do wonder how many of the university senators would agree with his analysis of the implication of their resolution? I suppose that will be a question for ongoing discussion.

These are fascinating days to be a follower of Jesus Christ. I would encourage you to pray for the students, staff, and faculty at Purdue. Speaking the truth in love has never been more needed, or more challenging, than now. May the Lord grant us wisdom to serve Him well.