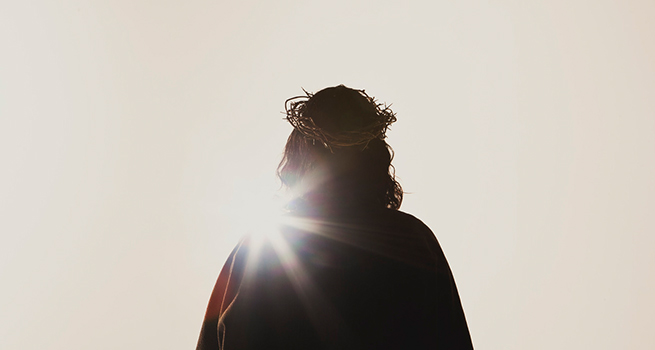 With Easter just past, it is worth asking, “What are we celebrating when we celebrate Easter?”

God, according to Exodus 12, instituted the Passover. All the houses of Israel should celebrate it by sacrificing an unblemished lamb and paint the two doorposts and the lintel of their homes with its blood. God would pass over and strike down the firstborn of every house in the land of Egypt, except those in which the doors have been marked with the blood of the lamb.

The celebration of the Passover became, since then, the most important festival of the Jewish people (cf. Leviticus 23:5; Numbers 9:1–5; 28:16; Deuteronomy 16:1–2). They celebrated the lives of the firstborns that were saved that night and the freedom from slavery that God had provided to the people of Israel.

What does the Church of the New Testament Celebrate at Easter?

Why do We Celebrate the Resurrection?

We celebrate the resurrection because it is the divine approval of Christ’s sacrifice.

In resurrecting Christ, God demonstrated His approval to the sacrifice of Jesus on the cross in favor of the saints. The resurrection is part of our justification. Paul remarks this in Romans 4:25, saying that Jesus “was delivered over because of our transgressions, and was raised because of our justification.” In other words, Christ died to pay the penalty of sin and to purchase forgiveness. Since the work of Christ was perfect, God raised Him from the dead, showing He was pleased with Christ’s work, validating our justification and forgiveness of sins, and reaffirming the perfect righteousness of Christ.

In the New Testament, Christ is not only the lamb who was slain, but also the Firstborn that was given in favor of many. God made us His children (John 1:12), and Christ His Firstborn (Romans 8:29). Since Jesus was the first to die and raise again to eternity (“the firstborn from among the dead”—cf. Colossians 1:18 and Revelation 1:5—; and “the first fruits of those who are asleep”—cf. 1 Corinthians 15:20), we have living hope that we will also resurrect one day! This is what Paul wrote in 1 Corinthians 15:20–22:

“But now Christ has been raised from the dead, the first fruits of those who are asleep. For since by a man came death, by a man also came the resurrection of the dead. For as in Adam all die, so also in Christ all will be made alive.” (1 Corinthians 15:20–22)

Alleluia! Christ is risen, and in this He’s demonstrated His power that guarantees our resurrection (Philippians 3:20–21).

We celebrate the resurrection because it is the pillar to the doctrine and practice of the Christian faith.

The resurrection of Christ is the crucial part of the doctrine of the Christian faith. Paul wrote, “if Christ has not been raised, your faith is worthless; you are still in your sins” (1 Corinthians 15:17). If Jesus had not been raised, we would have no guarantee that God accepted His sacrifice and, therefore, we would have no certainty at all about the forgiveness of our sins. That is, the gospel as central to the Christian doctrine is completely founded in the resurrection of Christ. Because He rose again, we can and should continue to proclaim the truths of the gospel.

The Resurrection of Christ is the Foundation of Our Faith

The same thing can be said about the practice of our faith. The resurrection of Christ is foundational for the daily exercise of our faith. The apostle Paul knew this. “If from human motives I fought with wild beasts at Ephesus, what does it profit me? If the dead are not raised, let us eat and drink, for tomorrow we die” (1 Corinthians 15:32). The belief in our future resurrection is what motivates us to live this life with our eyes fixed on eternity. If Christ had not been raised, Paul states that we would be wasting our lives by living in abnegation and, for this reason, we would be pitied (1 Corinthians 15:19). However, since Christ is indeed risen, we have living and true hope. We can thus sing:

Lucas Leite
Lucas Leite is a pastoral intern at Faith Church. Born in Brazil, he is currently living in Lafayette-IN to take the M.Div. at Faith Bible Seminary.