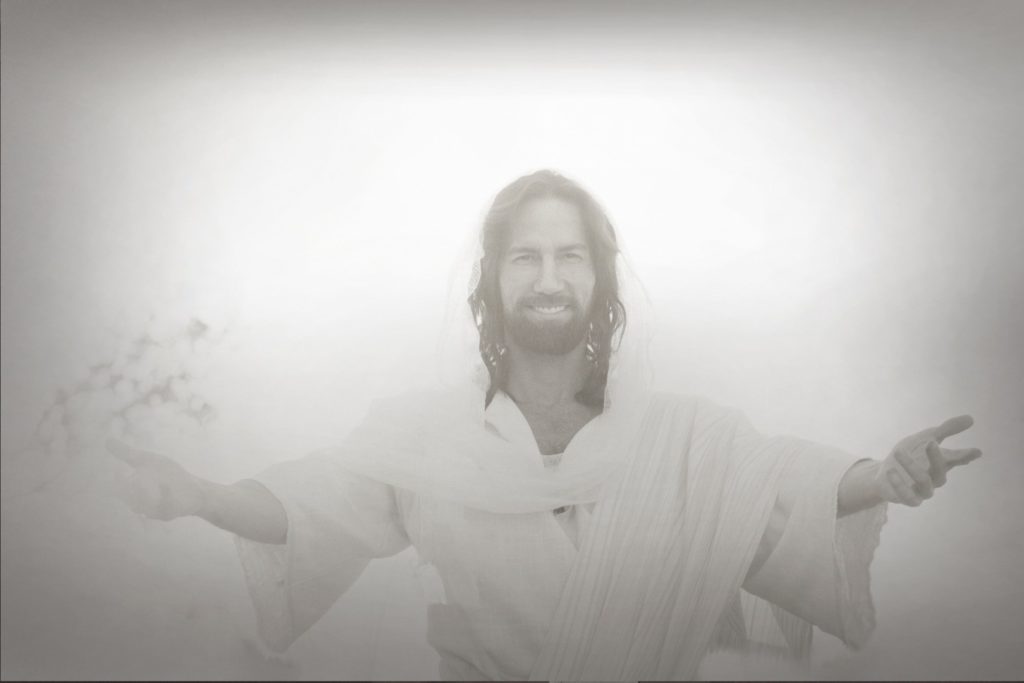 1. I need the hope of the glory of God in Christ.

“And the Word became flesh, and dwelt among us, and we saw His glory, glory as of the only begotten from the Father, full of grace and truth.” John 1:14 (NASB)

“Father, the hour has come; glorify Your Son, that the Son may glorify You, even as You gave Him authority over all flesh, that to all whom You have given Him, He may give eternal life. This is eternal life, that they may know You, the only true God, and Jesus Christ whom You have sent. I glorified You on the earth, having accomplished the work which You have given Me to do. Now, Father, glorify Me together with Yourself, with the glory which I had with You before the world was.” John 17:1-5 (NASB)

“For He was foreknown before the foundation of the world, but has appeared in these last times for the sake of you who through Him are believers in God, who raised Him from the dead and gave Him glory, so that your faith and hope are in God.” 1 Peter 1:20-21 (NASB)

2. I need to be made alive in Christ, otherwise I’m dead.

“When you were dead in your sins and in the uncircumcision of your flesh, God made you alive with Christ” Colossians 1:23 (NIV)

“For we know that since Christ was raised from the dead, he cannot die again; death no longer has mastery over him.  The death he died, he died to sin once for all; but the life he lives, he lives to God. In the same way, count yourselves dead to sin but alive to God in Christ Jesus.” Romans 6:9-11 (NASB)

3. I need freedom from my sin to live a new life for God.

“Jesus answered them, “Truly, truly, I say to you, everyone who commits sin is the slave of sin. The slave does not remain in the house forever; the son does remain forever. So if the Son makes you free, you will be free indeed.” John 8:34-36 (NASB)

“Therefore we have been buried with Him through baptism into death, so that as Christ was raised from the dead through the glory of the Father, so we too might walk in newness of life.” Romans 6: 4 (NASB)

4. I need to know I am rescued from the wrath of God.

“For they themselves report about us what kind of a reception we had with you, and how you turned to God from idols to serve a living and true God,  and to wait for His Son from heaven, whom He raised from the dead, that is Jesus, who rescues us from the wrath to come.” 1 Thessalonians 1:10 (NASB)

5. I need the resurrection power of Christ continually to live for God.

“I pray that the eyes of your heart may be enlightened, so that you will know what is the hope of His calling, what are the riches of the glory of His inheritance in the saints, and what is the surpassing greatness of His power toward us who believe. These are in accordance with the working of the strength of His might which He brought about in Christ, when He raised Him from the dead and seated Him at His right hand in the heavenly places, far above all rule and authority and power and dominion, and every name that is named, not only in this age but also in the one to come.” Ephesians 1:18-22 (NASB)

6. I need to know my preaching and faith in Jesus Christ is not in vain.

“But if there is no resurrection of the dead, not even Christ has been raised; and if Christ has not been raised, then our preaching is vain, your faith also is vain.” Romans 15:13-14 (NASB)

7. I need the assurance I will be resurrected to live with God forever in Christ.

“Lord,” Martha said to Jesus, “if you had been here, my brother would not have died.  But I know that even now God will give you whatever you ask.”

Jesus said to her, “Your brother will rise again.”

Martha answered, “I know he will rise again in the resurrection at the last day.” Jesus said to her, “I am the resurrection and the life. The one who believes in me will live, even though they die; and whoever lives by believing in me will never die. Do you believe this?” John 11:21-26 (NASB)

“For since by a man came death, by a man also came the resurrection of the dead. For as in Adam all die, so also in Christ all will be made alive.” Romans 15:21-22 (NASB)

“But because of his great love for us, God, who is rich in mercy,  made us alive with Christ even when we were dead in transgressions—it is by grace you have been saved. And God raised us up with Christ and seated us with him in the heavenly realms in Christ Jesus, in order that in the coming ages he might show the incomparable riches of his grace, expressed in his kindness to us in Christ Jesus.” Ephesians 2:4-7 (NASB)

“…because we know that the one who raised the Lord Jesus from the dead will also raise us with Jesus and present us with you to himself.” 2 Corinthians 4:14 (NASB)

8. I need to know that all the sin, suffering, and death experienced in this life will be overcome and swallowed up in the victory of Christ.

“Jesus answered them, “Do you now believe? Behold, an hour is coming, and has already come, for you to be scattered, each to his own home, and to leave Me alone; and yet I am not alone, because the Father is with Me. These things I have spoken to you, so that in Me you may have peace. In the world you have tribulation, but take courage; I have overcome the world.” John 16:31-33 (NASB)

The sting of death is sin, and the power of sin is the law.  But thanks be to God! He gives us the victory through our Lord Jesus Christ.” 1 Corinthians 15:51-57 (NASB)