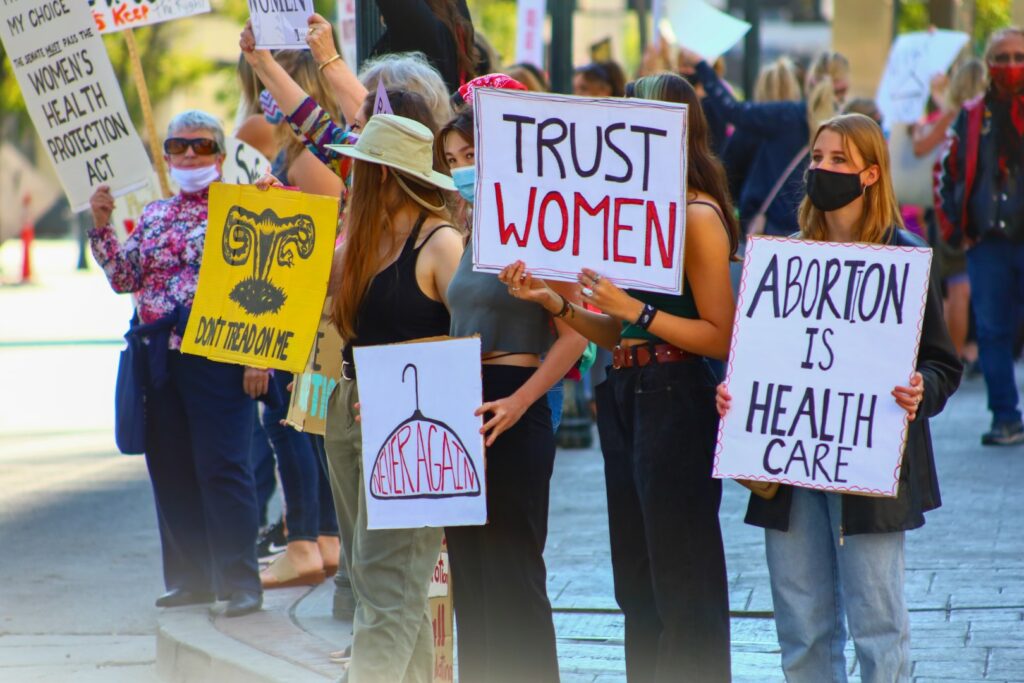 It cannot be overstated: the overruling of Roe v Wade by the Supreme Court is an incredible win for the pro-life movement. I recall standing with my parents and siblings at a rally decades ago, praying with a large group of men and women for the abolition of this heinous decision. To see it removed in my lifetime is nothing short of an answer to the prayer of millions. We serve a good and listening God.

Yet there seems to be confusion among Christians—even those who would hold Scripture to be their ultimate authority. Is this a time to celebrate or mourn? Speak out or remain silent? Should we play offense, defense, or bench-warmer? As the responses and arguments have bubbled up from all sides since the end of June, several questions rise to the top. The following is an attempt to speak into those questions from a pastoral perspective.

The politicization of abortion has certainly muddied the conversational waters, often making it difficult to discern its moral clarity. The question then becomes: has this matter appropriately been relegated to the political arena? For an issue to be exclusively political, there must be an absence of clear biblical precedent or directive (e.g., governmental structure, amount of taxation, social programs, etc.)—in other words, there is freedom to hold a variety of positions (Romans 14) and maintain fellowship.

Non-political matters have often been quantified as “moral” or biblically discerned. The deliberate taking of an innocent human life is not a matter where Scripture is silent. It unequivocally condemns the practice, even making the top-ten list of commandments (Ex 20:13). A convincing argument against the personhood of the pre-born has yet to be presented (Scripture makes the opposite case: Psalm 139:13-16), thus we are not dealing with one side of a political aisle. This is a moral matter, and silence has not been provided as an option for the bride of Christ (1 Timothy 3:15).

The Supreme Court Syllabus put out on June 24, 2022 reads, “Held: The Constitution does not confer a right to abortion; Roe and Casey are overruled; and the authority to regulate abortion is returned to the people and their elected representatives.”

Technically the answer is yes, states now have the “right” to determine abortion policies and laws. I have heard many well-meaning pro-lifers say something to the effect of, “the state is where this decision has always belonged.” I completely disagree. I believe our Constitution disagrees, specifically the fourteenth amendment. In part, it highlights that anyone born or naturalized in the United States cannot be stripped of their inherent rights, “…nor shall any State deprive any person of life, liberty, or property, without due process of law; nor deny to any person within its jurisdiction the equal protection of the laws.”

Presuming the personhood of the pre-born, these rights necessarily extend to them as well. While I would like to think the flow of logic is self-derived, the confusion on this matter necessitates additional steps to protect these children at a federal level. One way this could be accomplished is for Congress to pass an amendment that specifically declares the personhood and rights of the pre-born—up to the very point of conception. Thus, the church ought to be on the offensive regarding this matter. Celebrate indeed, but with one hand remaining on the plow.

Statements from the opposition have been strong regarding the alleged impact on mothers: “women will die!” Leaving aside the issue of “back-alley abortions” as a possible cause, a commonly perceived culprit is medical emergencies—specifically ectopic pregnancies. This is the tragic event where a child is fertilized outside of the mother’s uterus and begins the development process in an inhospitable region (often a fallopian tube).

First, medical abnormalities such as this ought to be viewed as they are: a grievous product of the fall (Genesis 3) and a cause for mourning. Second, I am not a medical doctor so my ability to speak technically on this matter is limited to what my external resources allow. From what I gather, the mortality rate in the event of an ectopic pregnancy is essentially 100% for the developing child (as it stands today), and it is ~9% for the mother. Thus, it is fatal for the child and a high risk for the mother.

Among the four pillars of medical ethics is the commitment to “do no harm.” Yet would anyone argue that a medical professional has violated that oath when (after doing everything at their disposal) they remove a patient from life-support? Abortion, as it is understood, is the volitional taking of a child’s life with vitality. The treatment for ectopic pregnancies does not fall within that purview. The surgery often required to extract a developing child from a mother’s fallopian tube will likely save the mother yet result in the child’s death—an ultimately inevitable outcome otherwise. There is a great difference between a surgery intended to end life and one that seeks to preserve it, if possible. One violates the commitment to do no harm (and more importantly the 6th Commandment); the other does not.

This brings up the matter of abnormalities: health complications, underdevelopment, severe birth defects, etc. This issue is much less complicated: those born (or developing) with abnormalities bear no less value than any other child. Whether they are slated to live 60 seconds outside the womb or 60 years, it is not for us to determine that which is predetermined: their value (Genesis 1:27) and their days (Job 14:1-6). As is the case for all children, they are to be served and cherished for the blessing they are (Psalm 127:3).

Based on published research, rape and incest constitute less than 1% of abortions nationwide. Yet this seems to account for a much larger percentage of the pro-abortion argument.

In any case where rape has occurred, whether conception is a result or not, the victim must be cared for, and the perpetrator must be prosecuted. A dreadful thing has happened—one of the most heinous acts a person can carry out. The committing of sin/crimes against one another always bears consequences—some more dire than others. Rape carries life-long ramifications for the victim and ought to produce life-long consequences for the perpetrator.

In instances where fertilization does occur, a third party is introduced into the equation; not victim, not perpetrator, but an innocent product (i.e., child) of the egregious event. The nature of the conception does not alter the inherent value of this life. And while the sole blame for the sin falls on the perpetrator, the consequences are extended to the victim: namely, the added matter of carrying a child to term and the process of giving birth. Whether that mother chooses to raise the child or give them up for adoption is entirely her prerogative. The role of the Christian in these instances is multifaceted: care for the victim, fight for justice, joyfully adopt/foster (if needed), and so forth.

Lastly, is the decimation of Roe v Wade unloving towards women, or has it stripped them of rights? The short answer: much the opposite has occurred. The lie promulgated by those siding with “Jane Roe” (i.e., the pro-abortion camp) is that freedom and happiness necessitate the ability to “terminate a pregnancy,” thereby claiming autonomy for oneself (hence, “my body, my choice” as a prominent mantra). But it is not just a pregnancy being terminated, it is an innocent human life—a matter that will always bear consequences.

One of my favorite one-liners from William Shakespeare comes from Romeo and Juliet: “A rose by any other name would smell as sweet.” The modern rendition could read, “a rose is a rose, by any other name.” There is an unalterable quality of certain things: a rose will still be a rose, regardless of what we decide to call it. The same goes for less desirable matters. The taking of innocent life can be repackaged as “reproductive rights,” “choice,” “freedom,” “love,” or any other name. Yet it remains a wicked matter that bears dire consequences for those who involve themselves in the practice—whether volitionally or ignorantly. Those who see the practice for what it is are most helpful and most loving when we speak deliberately on the matter. Those who claim Christ cannot afford to be confused regarding abortion, and we must see the loving and freeing nature of calling men and women away from the detestable practice.

Christian brothers and sisters: celebrate the overturning of Roe v Wade with thanksgiving! A very good thing has happened and that requires us to take time to praise the Lord for what He has done. And as we give thanks, let us continue to refine our convictions regarding this matter. We must be a banner of hope for the hurting (single mothers, rape victims, foster children, adoptees, etc.). Let us remain proactive in fighting for the most vulnerable among us. “Vindicate the weak and fatherless; do justice to the afflicted and destitute. Rescue the weak and needy; deliver them out of the hand of the wicked” (Psalm 82:3-4).