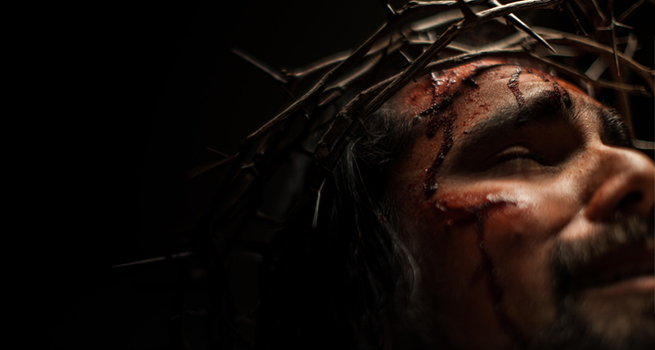 “After this, Jesus, knowing that all things had already been accomplished, to fulfill the Scriptures, said, ‘I am thirsty’” (John 1:28).

Surprising Words from the Cross

Jesus was flogged but did not say, “My back hurts.” Jesus had a crown of thorns pressed into His skull but never said, “My head aches.” The Scriptures do not mention Jesus uttering a word about His nail pierced hands or feet. Why do the Scriptures mention His thirst?

There is no doubt that the events leading up to His death left Jesus utterly dehydrated. Thirst would have been a natural physiological response. Yet the significance of Jesus’ words may transcend His cry for water.

John’s Gospel often uses water as a metaphor for the life-sustaining presence of God. To the Samaritan woman Jesus says, “If you knew the gift of God, and who it is who says to you, ‘Give Me a drink,’ you would have asked Him, and He would have given you living water” (John 4:10). Jesus also said, “If anyone is thirsty, let him come to Me and drink. He who believes in Me, as the Scripture said, ‘From his innermost being will flow rivers of living water’” (John 7:37–38).

Fascinatingly, while John records the words, “I thirst” immediately before His death at the ninth hour, Matthew and Mark record the words “My God, My God why have You forsaken Me?” (Matt 28:46; Mark 15:34). After these phrases Matthew, Mark, and John record that the soldiers dipped a sponge in sour wine and raised it up to Jesus (Matt 27:48; Mark 15:36; John 19:29). Apparently both of Jesus’ phrases “I thirst” and “My God, My God…” occurred around the same time. And both of these concepts come from Psalm 22 (Ps 22:1, Ps 22:14–15) where the Psalmist was lamenting that God did not seem to be with him. Finally, after these utterances, Jesus says “It is finished” and He dies. What is the significance of all of this?

Hell in Place of Us

Jesus’ words “I thirst” were His reaction to being separated from His Father. On the cross God the Holy Father separated Himself from the Son who was bearing the sin, guilt and shame of humanity. Sin finds no presence with the Father. Therefore when the Son took the sins of humanity upon Himself, the Father found no presence with the Son. Jesus was “in Hell”—separated from God, undergoing a spiritual death. Jesus’ words, “I thirst” are similar to the rich man’s words from Hades, “cool off my tongue for I am in agony in this flame” (Luke 16:24).

What about Your Thirst?