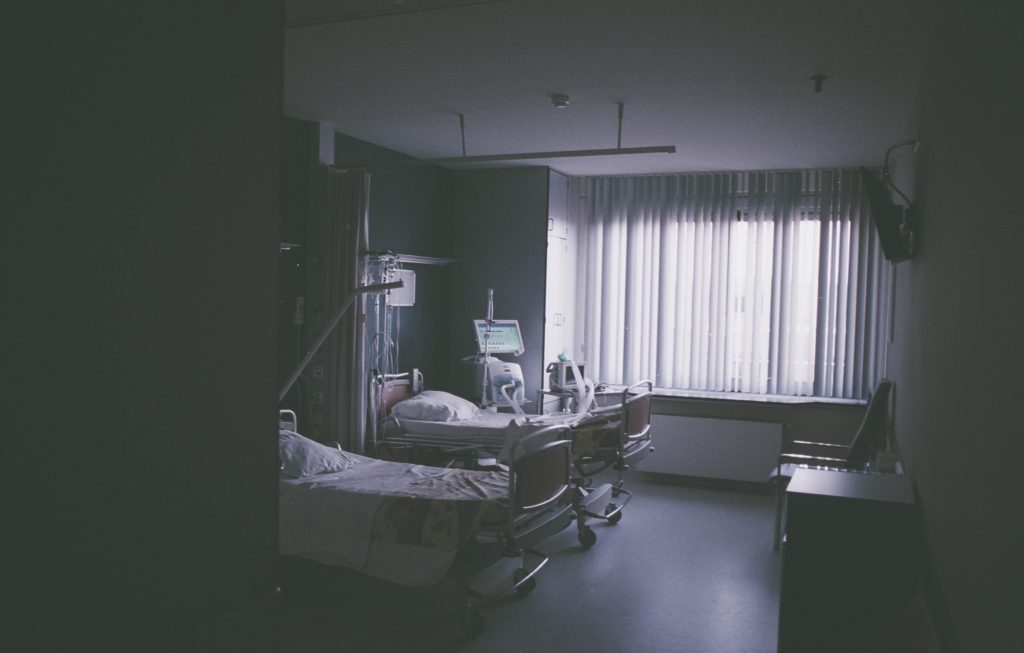 On January 21, 2020, the first case of Sars-Cov-2 virus was reported in the United States. I doubt that at that time any of us had even the remotest idea of how it would change our lives. As I write this, I am in isolation because of exposure to an individual who turned out to be positive. Fortunately, I am without symptoms after 6 days, and I hope to remain that way. It does keep me from being near my family and friends.

Right now, in my state, the numbers of new cases have increased significantly, and in my role as a practicing physician, and executive director at Vision of Hope, it has complicated just about everything I do. I think we can all agree that the Coronavirus has disrupted our lives. Children have had their schooling interrupted, and some colleges have closed. Many people are working from home, and a good number of our people are not able to work. Church attendance, sporting events, weddings and funerals have all been affected.

So, what hope can we have in the middle of the single most life disrupting event of our lifetimes? As Christians we can have great hope!  And we believers should be acting like it.

As a doctor, I can tell you that in the US our healthcare is scrambling to find ways to combat this virus, and there are several promising treatments. Several pharmaceutical companies have announced this past week that they have vaccines that work. Another company announced an outpatient treatment to be used in patients who are ill but do not require hospitalization. We can also say that most of the people who get this virus are going to survive it. What we cannot promise is that you will not get the virus and that if you do, you won’t get very sick.

However, as Christians we can have hope even when things seem out of control around us and even when our lives and livelihoods are threatened. Our Heavenly Father knows all about this, and He has told us to trust Him. Jesus told us, “Let not your heart be troubled! You believe in God, believe also in me! (John 14:1) As believers we know, that even if we get the virus and do poorly, we have the gift of eternal life. (Romans 6:23)

My daughters are nurses who work in a hospital system caring for the sick. One of them had a co-worker who was struggling with the idea that she could get the virus and die. My dear daughter reminded her friend, that she was a professing Christian, and that whatever happened to them would be in God’s control. My daughter said, “if I do die, I will be in heaven.”

The eleventh chapter of John is a favorite of mine. It is the familiar story of Lazarus, Martha, and Mary. The three were dear friends of Jesus, and He stayed in their home at night when he was teaching in Jerusalem. Lazarus became ill, and the sisters sent a messenger to fetch Jesus to help. Our Lord sat down and waited a couple of days. Then, Jesus announced that it was time to go wake Lazarus from sleep. When the disciples objected, Jesus told them plainly that Lazarus was dead. And off they went.

When Jesus arrived, Lazarus had been dead for 4 days. Martha and Mary confronted Him with the statement, “if you had been here my brother would not have died.” We see Jesus comfort Martha with words that are often spoken to those who have lost loved ones. “Your brother will rise again…I am the resurrection and the life. He who believes in me will live even if he dies.” When Mary collapses at His feet, Jesus weeps. And then Jesus acted on their behalf and called Lazarus from the grave.

There are four important points in this story that offer comfort to all of us stuck in the middle of a viral epidemic. First, Jesus knew all about Lazarus and he knows all about our current struggles. Second, He had a plan for Lazarus and his sickness. That plan would work for the glory of God even if it meant that his three very good friends would suffer. Third, Jesus cared about them. He wept over their suffering, and He cares and weeps over ours. We are not alone in this trial. Lastly, Jesus acted on the behalf of Lazarus, Martha, and Mary, and he will act on our behalf.

As we believers face whatever is ahead, we have the opportunity to be a testimony to a world that is facing the same difficulties that we are. The difference is that they have very little to hope in, and we have the God of all hope. We have an unparalleled moment in which to offer the gospel of grace to those who need to know Jesus, whom to know is life everlasting. So, let’s struggle and suffer well and show the world what it’s like to have hope.

Photo by Daan Stevens on Unsplash