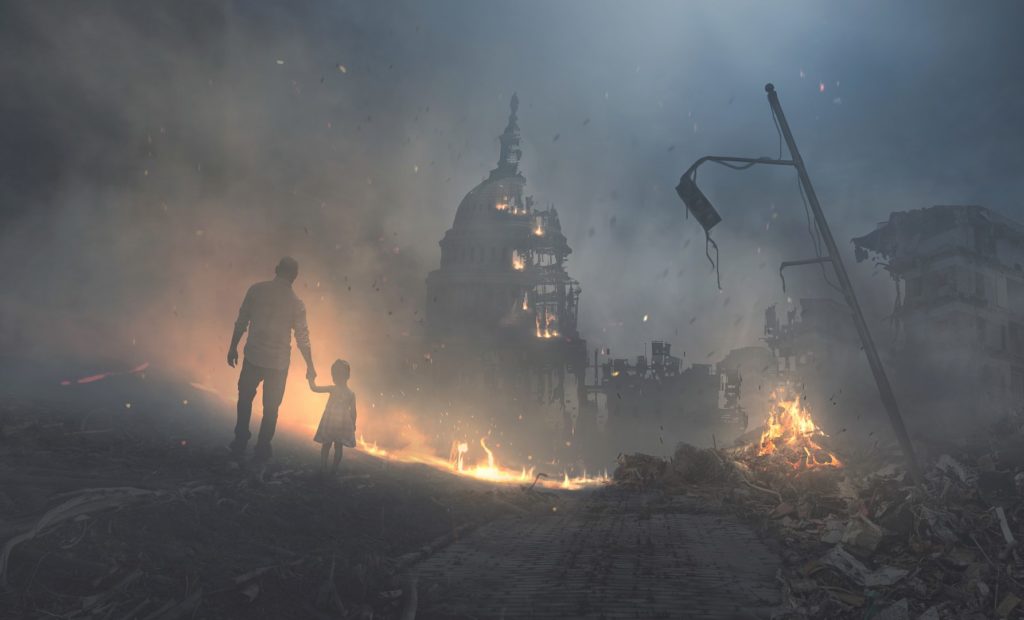 Is the Coronavirus a fulfillment of a dark fated prediction for humankind?

Predictions of apocalyptic events that result in the end of human civilization have been made throughout the ages by science fiction writers, religious people, mystics, and astrologers. Even more, natural events like a comet destroying the Earth, sickness outbreak like the Black Death spreading across Europe, and men’s caused events like a nuclear war have even been theorized by scientific communities as plausible “end of the world” scenarios.

How does man view the future?

Recently, Stephen Hawking, a well-respected astrophysicist from Cambridge, UK, laid out his most dire predictions for the future before he died in 2018. From self-destruction to extinction, he left behind dark predictions on what the future holds for humankind.

All these attempts to forecast what the future has in store for humanity have one common thread: there is no hope. If it is so, then there is no meaning in fighting the COVID-19 outbreak. In the end, everyone would lose their loved ones, their retirement plans, their health, and civilizations would be extinct.

Mankind’s worldview has nothing else but an apocalyptic future where evil wins.

If the world is hopelessly doomed, then only desperation is left and frenzy can be expected. So, no wonder about the toilet paper delirium. At least, one can have a little sense of control in the middle of this hysteria!

How does God view the future?

However, the most crucial question is, what does God have to say about man’s future? Does God have a brighter, better future fate for humankind?

The Bible says, “…we have the prophetic word more fully confirmed…” (2 Peter 1:19a) coming from the God of truth, Jesus Christ. He not only predicted, but went through what the Father designed for Him to happen: suffering, death, and rising again from the dead. Jesus told what the future had in store for Him to strengthen the faith of His disciples.  Over and over again, Jesus accurately predicted His fate to His disciples. The Bible tells us about it in three consecutive chapters of the book of Mark.

And He began to teach them that the Son of Man must suffer many things and be rejected by the elders and the chief priests and the scribes and be killed, and after three days rise again.  And He said this plainly…” (Mark 8:31,32a)

For He was teaching His disciples, saying to them, “The Son of Man is going to be delivered into the hands of men, and they will kill Him.  And when He is killed, after three days He will rise.”  But they did not understand the saying…” (Mark 9:31-32a)

And they were on the road, going up to Jerusalem, and Jesus was walking ahead of them. And they were amazed, and those who followed were afraid. And taking the twelve again, He began to tell them what was to happen to Him, saying, “See, we are going up to Jerusalem, and the Son of Man will be delivered over to the chief priests and the scribes, and they will condemn Him to death and deliver Him over to the Gentiles.  And they will mock Him and spit on Him, and flog Him and kill Him. And after three days He will rise.” (Mark 10:32-34)

It is clear that Jesus intentionally hammered these predictions in the mind of His disciples.

What was Jesus trying to do?  Jesus wanted His disciples to ground their faith in Him and His Gospel. Jesus was fleshing out God’s promises so that their hope would not die with Him. But when Jesus conquered the grave, they were also victorious. And so are we, as we trust His Word. His Word was, is, and will always be true throughout the ages.  Unlike the world’s gloomy forecast, this is the news of hope indeed—the good news of the Gospel of Jesus!!  Therefore, all Jesus’ disciples are strengthened and encouraged in their walk, even through COVID-19.

What does COVID-19 teach about God?

God is the God of hope and the only source of peace. COVID has certainly exposed that death still reigns in this world, and so do our fears, hopelessness, and foolishness. However, in the middle of men’s desperate condition, God has made his grace abound. He is still at work today bringing peace and comfort, even in the middle of this outbreak. God’s promises were, are, and still will be, faithfully fulfilled in Jesus Christ, who conquered the grave.

What does COVID-19 teach about man?

Men’s sin still expresses itself in putting its hope and emphasis on the wrong things. D. A. Carson says that men “still reject the right object of faith” and keep focusing “on the intensity of it.” Because of that, men are hopeless, clueless, and lost without Jesus Christ.  God is tearing us away from our earthly treasures and fixing our eyes on Jesus.  So the end of God’s designs, unfolding through the present COVID-19 outbreak, is for us as sinners to find hope in the Gospel of Christ only.

What does God want His disciples to do amid COVID-19?

God wants His disciples to redeem it for His glory. If Jesus is the Prince of Peace, and they are united to Him, their peace in Jesus should be more contagious than the Coronavirus!  So, based on Jesus’ promises, His disciples should be focused on the great commission. As it is a rare situation, it is also a rare occasion to make disciples. This outbreak is an unprecedented ministry opportunity to serve and show a Christ-like love to everyone. So, we ought to proclaim the hope of God’s Gospel in Christ like never before.  As John Piper would say, “don’t waste” the COVID-19 pandemic.

Future events may be uncertain. However, in His resurrection, Jesus has unfolded and fleshed out what the future has in store for His disciples: “in Him we are more than conquerors.”

Newton Pena
Pastor Newton Pena and his wife of 28 years, Yadir, have one son, Josue. They relocated to Lafayette, IN, from the Dominican Republic in 2013 in order for him to enroll in the M. Div. program at Faith Bible Seminary. With over 19 years of pastoral experience working in a variety of ministries settings, pastor Newton joined the staff to lead Faith Church initiative for Latin America and to work as the Pastor of Counseling and Hispanic Ministries of Faith Church. He is an ACBC certified counselor, instructor and counselor at FBCM, and a conference speaker.