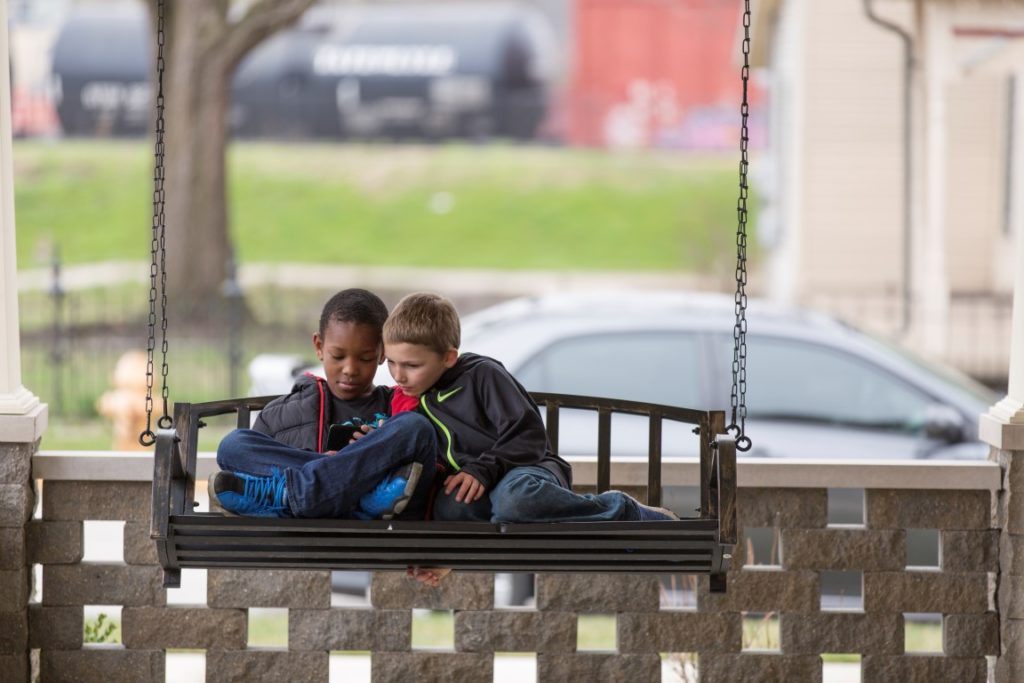 The mission statement of Faith Church is to “seek to glorify God by winning people to Jesus Christ and equipping them to become more faithful disciples.” So everything that happens within Faith Church seeks to accomplish that mission. Faith believes that this mission was given by Christ when He called his disciples to go into the world and make disciples of all nations and to teach them to obey all that Jesus commanded (Matthew 28:19-20). And one of the newest ministry branches of Faith Church is the Hartford Hub. This baby ministry is only a year and a half old but has been slowly growing into maturity.

But Jesus didn’t just call us to go out and start new ministries. He called us to be fruitful in those ministries.

Remember that Jesus told those same disciples, “…I chose you, and appointed you that you might go and bear fruit…” (John 15:16)

So every once in a while, it’s good to check the vitals of a ministry by looking at the fruit being produced. This fruit can come in all different shapes and sizes, but it is always tethered to making new disciples and equipping them to be more faithful.

So how do we know what this fruit can look like?

From Scripture, we can see at least three different ways that God produces fruit in ministries.

One of the first ways is in the spiritual growth of disciples who are doing the work of the ministry. In Paul’s letter to the Galatians, he expressed a desire for them to grow in the fruit of the Spirit (Galatians 5:22). So Christians can bear fruit by growing spiritually.

Second, fruit can look like disciples doing good works. Paul’s prayer for the Philippians was that they would be filled with fruit of righteousness which always results in good works (Philippians 1:9). In another letter, Paul encouraged Titus to pastor the churches in Crete to be faithful to do good works so that they wouldn’t be unfruitful (Titus 3:14). So when we do good works for our fellow believers and for our community, we bear fruit.

Finally, fruit can look like the making of new disciples. In Paul’s letter to the Romans, he expressed that his reason for traveling to Rome was to bear fruit in making new disciples among the Gentiles (Romans 1:13).

So when we are trying to grade a ministry, we should be asking these three questions:

The answers to these questions can help determine how fruitful we are at accomplishing the mission that Christ set out for us.

Now the purpose of this blog is not to make the name of Faith Church or of the Hartford Hub great but rather make the name of Jesus great because He is the One responsible for any growth (1 Corinthians 3:6-9).

This past year and a half have been a whirlwind at the Hartford Hub. It has been an endeavor that has provided unlimited opportunities to be fruitful in accomplishing the mission of Faith Church. And, by God’s grace, it has been encouraging to see fruit from the beginning. I would like to highlight just a few pieces of fruit that we have seen in the infancy of this ministry.

Are we growing spiritually?

Like Paul expressed his desire to the church in Galatia to bear fruit in growing spiritually, we have been challenged to grow to become more faithful disciples since starting the Hartford Hub. I would not say that the majority of the folks who began serving here in the beginning would say they were skilled in this ministry context. I most certainly would not have claimed to be an expert.

But there are a number of folks that have grown in the fruit of the Spirit as a result of serving at the Hartford Hub.

There is a young single man in our church that began serving at the Hartford Hub at the very beginning. And when he first began, he was quiet, timid, and had a difficult time dealing with opposition from youth. If a youth was disrespectful, disobedient, or just hard to lead, he struggled. He had a lot of fear, but over time, the Lord grew a love for the youth that trumped his fear of being rejected. God replaced that fear of being opposed with a love that desired others to see and know Christ. This has led him to become a leader every week, a Bible study leader, and a vision caster for a youth leadership team.

Another example came from an empty nester couple who were nudged by one of the pastors to get involved in the shuttle ministry that takes kids from the Hartford Hub to Wednesday Night Kids of Faith every week. They agreed knowing that it was not something they were experienced in, and week 1 was very difficult for them. It revealed pride in their hearts as they struggled with expecting youth to respond to them the way that they desired. It was not necessarily because the youth were so terrible, but rather, it was a culture to which they were not accustomed. It was very uncomfortable, which revealed pride, anxiety, and frustration because things were not as they expected. But they saw that the issues were with their own heart, and they allowed the Lord to grow them over the next few weeks. Even though it was difficult, they could not help but continue to serve because the Lord was changing their hearts. Over time, they began to see a faithfulness, a patience, and a passion begin to flow from of their hearts. Now, they cannot stop being around these families, and they cannot wait to take another step in their walk with the youth and families in the neighborhood. This fruit in their lives has led to building relationships with one of the moms and closer relationships with some of the Jr. High girls. God turned a couple who was prideful and anxious into a humble, loving, and passionate couple who are thriving in their new ministry.

Are we diligent in good works?

God has also produced good works in many of the servants at the Hartford Hub. In total, the Hartford Hub serving team consists of about 47 servants who come weekly or bi-weekly. These folks are constantly looking for ways to show Christ and make Him known to the Lincoln neighborhood. As a result, these are some of the activities that people are doing.

Every week day, there are college students, retired teachers, current teachers, and homeschool mothers who serve together in using their gifts to work with youth on their homework, reading, and life skills. They view this as an avenue to make new disciples by teaching Gospel-centered values to the next generation.

Purdue Bible Fellowship connection groups take every other week to practice what they study in Scripture by serving at the Hartford Hub and training youth to be good stewards of gifts that have been given to them. Each night a different group comes in and pairs up with a different youth to show them how to clean and take care of the Hartford Hub.

And over the past year, the Lord has brought a neighborhood leadership team together to care for the neighborhood. Over the past few months, they have taken responsibility for planning community neighborhood block parties, classes, and a trash pick-up day. The group is fully dedicated to doing good works out of a love for their neighborhood.

Are disciples being made?

By God’s grace, we have also seen new disciples as a result of the work of the many servants at the Hartford Hub.

Our first new disciple began watching the Hub from a distance over the first couple weeks of its existence, but it wasn’t long before he became an integral part of the Hartford Hub. He had been out of the church for years before he came to the Hub. Just two weeks before he had come to the Hub he was on his deathbed, but the Lord had other plans for him. It has been an eventful year and a half for him as he has struggled to be faithful to Christ, but the Lord has helped him take some major steps of spiritual growth since he first came to the Hub. He went from being a man who was in isolation, out of the Word, and out of church, to a man who serves almost every day, reads the Word, and is a member of the church. The Lord is changing him from being a man who is about himself to a man who loves God and loves others.

Late in 2017, another man walked into the Hartford Hub. He sat in the office and shared his story and talked with us for about two hours. He had been out of jail for a few months but had been living in isolation. For some reason, the Lord made him walk to the Hub and ask for help. He was broken over the way he had lived his life, and he wanted a change. It wasn’t a week after we had met him that he sent in an application to go to Restoration Ministries. Now, he is one of our closest friends and biggest advocates. He has spent almost every minute serving others since the Lord brought him to the Hub or studying the Scriptures, he can’t wait to graduate from Restoration and be a part of serving at the Hub and at the Northend Community Center.

As far as the youth are concerned, we have seen three girls make professions of faith and many others show a desire to know Christ and become like Him. The Lord has used each servant at the Hartford Hub to train them in repentance, obedience, and what it looks like to walk with the Lord faithfully. They are fruit of a community of people loving them and sharing the truth of Christ with them. Now, they are growing and changing to love God and love others.

What Does This Mean For Me?

God has called each of us to be fruitful, and as a member at Faith Church, we should all be fruitful in accomplishing the mission of Faith Church – “to glorify God by winning people to Jesus Christ and equipping them to become more faithful disciples.”

So, if you were to ask the same three questions, what would your answer be?

To God be the glory – great things He is doing in us and through us!

Joey Wright
Joey and his wife, Cara, joined the Faith staff in July, 2016. They have two daughters, Eliora and Iris, and live on the north side of downtown Lafayette. Joey is the Pastor of our Northend Ministries, is a certified counselor with the Association of Certified Biblical Counselors, and serves on the Faith Community Development Corporation's board.