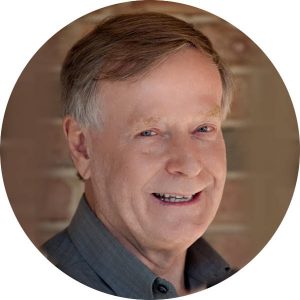 On Friday, June 7, 2019, after suffering from pancreatic cancer, David Powlison passed away peacefully at his home in Glenside, Pennsylvania, surrounded by his family. He was 69 years old.

David would have teased me about all the “Ws” in my title: Worshipful, Winsome Wisdom. I can hear him now:

I can hear his chuckle now…

Those who knew David only via his rich writings or his deep teaching might have missed the playfulness of David Powlison. David enjoyed life. He enjoyed laughing and joking with and teasing his friends.

David Powlison was my friend. We served together for six years on the BOD of the Biblical Counseling Coalition. We ministered together at over a dozen conferences. We shared many a meal and literally 100s of emails.

So many have already written tributes and testimonies to David. Many more are coming, I’m sure. I’d like to add my tribute to my friend, using my 3 “W” words: Worshipful—Winsome—Wisdom.

In one conference we ministered together at, David was speaking on Biblical Counseling and the Psalms. One particular sentence has captivated my mind ever since:

“The person who talks well to God will talk well to people.”

If you don’t know David and if you didn’t hear this presentation, you might think that “talks well to God” implies “spiritualize, polite Christianese.” Nothing could be further from the truth David was emphasizing. David took us through psalms of lament with their real-and-raw candid conversations with God.

David was urging us to be God-saturated people in order to be biblical soul care-givers. I have since come to summarize David’s presentation like this:

“Biblical counselors are so heavenly-minded that they are of great earthly good.”

David Powlison was heavenly-minded. He was God-saturated. He talked well to God—meaning that David talked candidly to God; he walked with God in the cool of the day and in the heat of the night.

Some biblical counselors have been known at times for being…shall we say…“in-your-face,” “blunt,” “frank,” “confrontational.” I doubt anyone thinks of David Powlison and has those words come to mind.

Read the various testimonials and tributes and you’ll read words like “kind,” “gentle,” “patient,” “loving,” “peaceful,” “caring,” “giving,” even “sweet.” I add to that—“winsome.” His spirit was gracious and his words were kind. Whether with friends in the biblical counseling movement or with people who disagreed with major tenants of biblical counseling, David was gracious and kind.

David, in his life and ministry, embodied Proverbs 16:24:

“Gracious and pleasant words are a honeycomb, sweet to the soul and healing to the bones.”

More than any Christian leader I know, David Powlison lived out Ephesians 4:29 and 32.

“Do not let any unwholesome talk come out of your mouths, but only what is helpful for building others up according to their needs, that it may benefit those who listen…. Be kind and compassionate to one another, forgiving each other, just as in Christ God forgave you.”

I was sharing a meal with David when someone at the table asked David:

“How would the biblical counseling movement have been different if you had launched it?”

In the context of the conversation, the person asking the question was highlighting David’s winsome, pleasant, gracious way. A lesser man, a less mature Christian, could have easily taken the bait and waxed eloquent on his own humble greatness!

Not David. He laughed out loud! Then he shared:

You see, part of David’s winsomeness was his humility. He practiced JOY: Jesus first, others second, yourself third.

In fact, I know what David would say to me right now. “Enough about me, Bob. I was a flawed and finite human being. Point to Jesus.”

David often used the phrase “winsome wisdom.” David was a poet when he thought, spoke, and wrote.

David called the biblical counseling movement to winsome wisdom, which is embodied in 1 Thessalonians 2:7-8:

“We were gentle among you, like a nursing mother caring for her little children. We loved you so much that we were delighted to share with you not only the gospel of God, but our own lives as well, because you had become so dear to us.”

In Ephesians 4:15, Paul describes it as speaking or living/embodying the truth in love. In Philippians 1:9, Paul speaks of it as love that abounds more and more in knowledge and depth of insight.

That captures David—love abounding more and more in knowledge and depth of insight.

David was flat-out smart! Intelligent. Scholarly. Intellectually gifted. But we all know intelligent people who can’t do life and relationships very well. David wasn’t just smart—he was wise. He was wise because he sought in his life and ministry to relate God’s truth to daily life.

When I remember my friend, David Powlison, I think of worshipful winsome wisdom. I think of Christ.

Bob Kellemen
Bob Kellemen, Th.M., Ph.D.: Dr. Kellemen is VP of Strategic Development and Academic Dean at Faith Bible Seminary in Lafayette, Indiana. Bob is also the Founder and CEO of RPM Ministries through which he speaks, writes, and consults on biblical counseling and Christian living. Dr. Kellemen served as the founding Executive Director of the Biblical Counseling Coalition. For seventeen years, Bob was the founding Chairman of and Professor in the MA in Christian Counseling and Discipleship department at Capital Bible Seminary in Lanham, MD. Bob has pastored four churches and equipped biblical counselors in each church. Bob and his wife, Shirley, have been married for thirty-eight years; they have two adult children, Josh and Marie, one daughter-in-law, Andi, and three granddaughters. Dr. Kellemen is the author of eighteen books including Equipping Counselors for Your Church, Gospel-Centered Counseling, and Gospel Conversations.