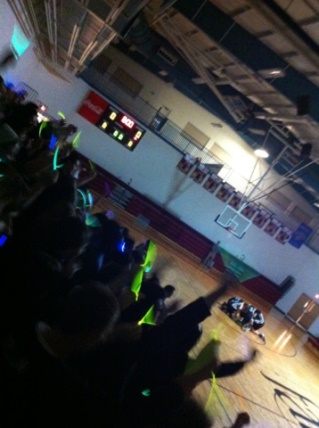 Picture this, it’s Friday night at the Faith Christian Varsity game. The room is pretty packed because it’s not just any game, it is senior night. A large group of kids walk into the gym decked out in all black and make their way to the cheer block section. They sit down and remain almost completely quiet until the game begins. Even the cheerleaders are draped quietly under a black sheet.   The crowd begins to wonder what happened to the excited cheer block and enthusiastic kids they had heard about. Little did they know those silent kids dressed in black had a very big plan. 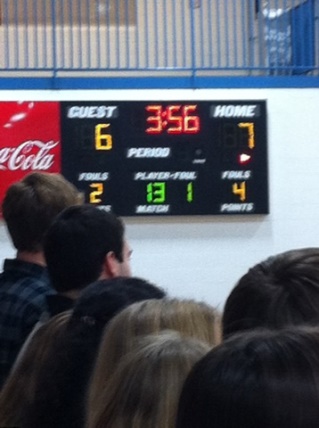 Throughout the week a spirit night known as white out was being planned. It was decided when someone made the seventh point at the varsity game, every kid in the stand would erupt with noise and shed their black jackets and shirts to reveal white underneath. Some of them would even have glow sticks! Until then it would remain silent, no matter how well the team was doing. 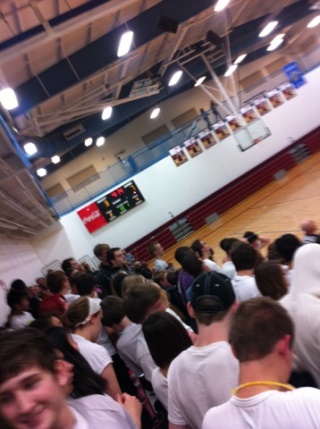 In the end, not only did these students stick to the plan, but they also “brought the noise,” a continued cheer block saying. The way their quietness was suddenly evaporated into a crowd of noise showed just how much spirit they had for their team. The team must have felt the encouragement too because the game was neck to neck the whole time! Down to the wire the game continued until a shot was made by the other team causing our beloved eagles to lose by two. The team played amazing and we are undoubtedly proud of them.

Ladies and gentlemen, this is whiteout.