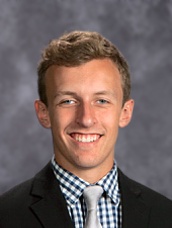 On May 23rd, our youngest child will graduate from Faith Christian School.  Derrick’s graduation will mark our third child to have the privilege of graduating from FCS.  I think it’s easy to take God’s blessings and brush them aside as though we have an expectation or entitlement of His amazing grace.  At this time of the year especially, it can become easy for me to put on the blinders and keep my head down for this final stretch of the school year.  It can also become a grind.  From meetings, to activities, to programs, to games, to graduations and parties, April and May can literally be viewed as some sort of reality show with a variety of drama, situations, and relationships involved.

As the school superintendent, I have both a unique challenge and joy of sharing in my child’s senior trip, graduation ceremony, and all of the other related senior activities.  Sometimes, through all of the “busyness”, I can become so focused on tasks and deadlines, that I miss the true blessings.  Last week I was reminded of the blessings of the teachers and the coaches that the Lord has used in Derrick’s life.  As many of you know, Derrick’s senior year has not gone as he initially planned, when he sustained multiple fractures in his right leg as a result of a severe soccer injury.  His soccer season was over; his basketball season was in jeopardy; and his baseball season was up-in-the air.  Obviously, Derrick’s life is not only about sports, but his year, his outlook, and even his future was changing right before our eyes.

Last Thursday as I was sitting at my desk, I received an e-mail from Clayton Callan.  Clayton has served as our varsity basketball coach over the past four years and is also one of our high school math teachers.  I have always apprec 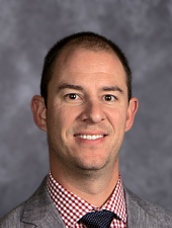 iated Clayton’s perspective, as well as his deep desire to see his players be more like Christ both on and off the court.  Thinking this e-mail was simply an end-of-the season notice, I opened it with the assumption that I’d read it quickly, then put it in the “basketball folder” for future reference.  What I was about to read was simply an amazing affirmation of one of the blessings of Christian education:

I would really like to take a moment and encourage you to ask your son about chapel yesterday.

I realize that basketball is over and many are moving on to a whole new arena, busy with many activities.  Often as I sit in church, I consider not only how the truth that is being shared should impact me, but also how it can and should apply to my own three little boys at home.  I also find myself over and over thinking of “my basketball boys” as my middle son, Grant, affectionately refers to your sons.

Just before spring break we had a really good chapel message that I was so excited for these young men especially to hear.  I remember thinking how much I wished the season was still in progress, primarily so I would have that time of interaction and follow-up with them regarding that chapel.  Yesterday, again, I sat there in the auditorium just thinking of each young man in my head—praying for each one to be listening attentively and receptive to the great truth from God’s Word.

We were presented with the “Principle of the Path” that is laid out several times in different places in God’s Word.  We considered Judas, who we would never really associate ourselves with at first glance.  As we looked more closely, we recognized that Judas may have been very much like a young person who has grown up in a Christian home, part of good Christian school and church.  He walked with Jesus.  The other disciples were probably the best friends that he could choose.  How did he end up where he did?  What compromises led him down that road?

Here are a couple of the principles that were presented in case you get a chance to have a thoughtful and encouraging conversation in follow up:

This is truth that I wish I had been confronted with about every six months from the time I was a teenager until today and continuing forward. I remember thinking when I was younger that I wanted to “be godly when I grew up” or “be like my father one day . . .”   I really saw that as something that should happen later, down the road.  I was content to continue in my independent, selfish ways for the present with the idea that I could just flip the switch later on.   It was not until I was presented with this “principle of the path” by someone God had placed in my life that I truly began to grow in my relationship with the Lord.  Since then, I have had to change paths several times through failure and the humbling hand of God.  I am so thankful for the time we have set aside once a week for our chapel time.  I know that each family has sacrificed greatly for these young men to be here at Faith so they will be impacted by high academic standards as well as the all-important truths from Scripture.

Thank you for allowing me the opportunity to invest in your son.  I want you to know that I still recognize this is one of my God-given ministry opportunities even now after our season is all done and past.

So, in the middle of the grind, I’m confronted by the fact that my son’s coach and teacher cares a lot about him, not only from a sports’ perspective, but more importantly, from an eternal perspective.   Even though this has been an interesting senior year for Derrick, the Lord has provided so many unique opportunities and lessons that we likely would have missed in a “normal” year.

In 20 days (or whatever the count is…), the seniors will walk across the stage and receive their diplomas.  Many of them have taken unique paths to get to where they currently are.  Some paths have stretched a long and windy route, while other paths have been very straight and consistent.  I’m thankful for the many teachers, coaches, and friends that have influenced my senior in his path, and I trust that the Lord will use him in his future in some amazing and unique ways to make a difference for Christ.