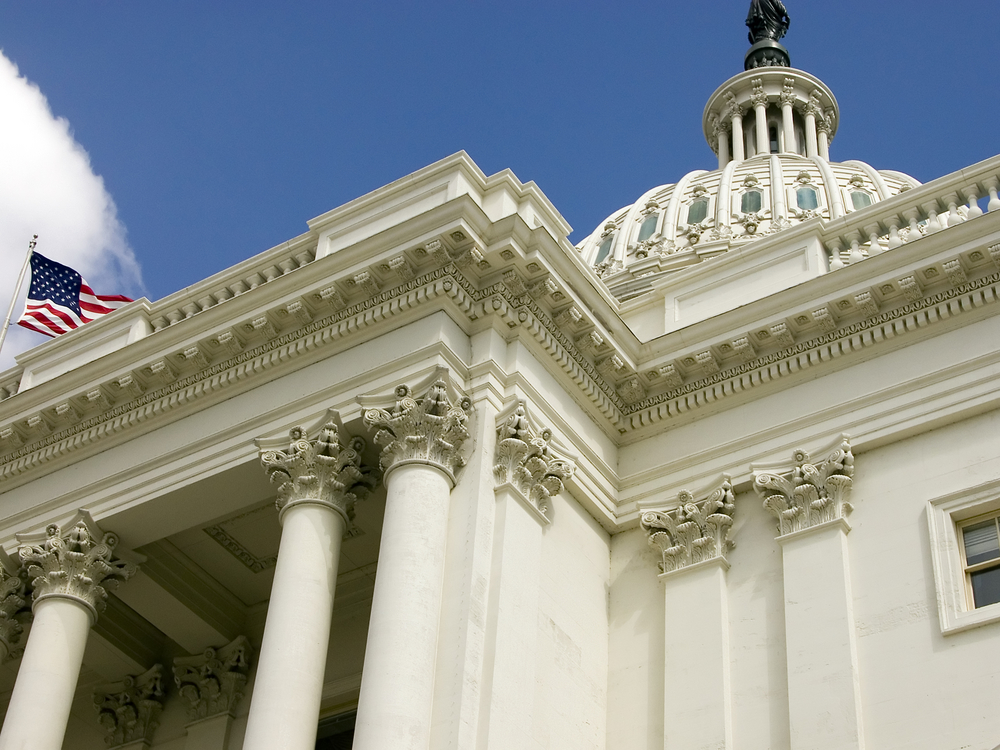 Last year, all of the juniors at Faith were given the challenge to write an essay explaining why they would want to go to our nation’s capital. Seven students were selected based on their response and were given the wonderful opportunity to travel to Washington, D.C. and explore the magnificent history that is found there. As seniors, Joshua Campbell, Carolyn Griffith, Blake Ketterer, Meisha Mohler, Laine Rader, Levi Starrett, and I counted it a privilege to leave school for a few days and travel to D.C. with Mr. Grass and Mr. Bolander. On top of all of the sightseeing, food, and interesting things that we learned, we students enjoyed getting to know one another on a more personal level. Whether we were doing homework in the hallway of the hotel, riding the metro, eating six pound milkshakes, reading the plaques on monuments, or standing three inches away from our Constitution, we seniors enjoyed one another’s company immensely. I learned so much on this trip, and I encourage every student at FCS to write the essay! Going to Washington, D.C. was definitely worth my while, and I hope that everyone will have an opportunity to “see the sights” for themselves. – Katie McAllister

Levi Starrett – It was about six o’ clock in the evening when we arrived, and we’d been cooped up in a semi-smelly van for the greater part of eleven hours. Our mixed feelings of exhaustion and cabin fever were no surprise to us or our sponsors. On the agenda for the night was a quick drive to the National Mall in the middle of Washington, D.C. to see the various monuments and memorials. It was quite something to see all the structures and symbolism in the various displays. Everything seemed larger and more majestic than I remembered from the pictures in my history books. As we passed the Vietnam Memorial, my mood became more somber, and the lives of those lost in the name of our nation weighed on my mind, reminding me of the great blessing and privilege my rights are. My favorite was the World War II Memorial. The architecture was amazing, and the mix of lights, pillars, and carved scenes from the war were all instrumental in reminding me of the price paid. The best part was finding the word “Indiana” inscribed on one of the pillars, reminding me of how close to home the war was, and how this memorial belongs as much to me as to any other US citizen. It was a once in a lifetime experience and should be on every American’s bucket list.

Laine Rader – This past week, six seniors and I had the amazing opportunity to visit Washington, D.C. One of the many places that we had the opportunity to experience was the Holocaust Museum. From the moment we entered the Holocaust Museum, we were all overcome with a somber feeling. Before the journey began, we were each given the “identity” of a real victim of the Holocaust. As we continued on our journey, we were to read one page of their story per floor. The exhibition was split into three floors labeled Nazi Assault, the Final Solution, and the Last Chapter. Spread throughout the museum were shocking images and videos that showed real victims. Along with the images, were items such as uniforms, newspapers, from the time of the Holocaust. One of the most striking items that we had the opportunity to see was a train car that transported prisoners to concentration camps. This car was the roughly the size of half of one of our classrooms. The shocking part of this exhibit was that 50-100 people were shoved in this very small area. Standing in that train car,  you could visualize the lack of space and the extreme stench; it was overpowering. Yet another shocking exhibit in the Holocaust Museum featured a video of real survivors telling their courageous stories. The museum ended with a wall that featured activists who aided the victims of the Holocaust and fought to end the tragedy. All in all, the Holocaust Museum had a shocking and lasting impact on each of us who visited. It gave us a better understanding of the tragedy that occurred and how to help prevent it from ever occurring again.

Joshua Campbell – The Washington, D.C. trip was a phenomenal experience for me. One of my favorite memorials was Arlington National Cemetery. This cemetery is the ceremonial grave of deceased men and women who have given their lives in the U.S. military from the Civil War era to the modern day. As we walked throughout the cemetery, I marveled at the thousands of gravestones representing thousands upon thousands of selfless individuals who sacrificed their lives for the sake of our freedom. The Tomb of the Unknowns, arguably the most serene area in the whole burial ground, is a large unmarked tomb where several unidentified soldiers have been buried from WWI and beyond. It is patrolled 24/7 and 365 days a year in exactly the same fashion as it was when the tomb was completed in 1932. The sentinel who patrols the tomb does everything in intervals of 21: he marches 21 steps down the black mat behind the Tomb, turns, faces east for 21 seconds, turns and faces north for 21 seconds, then takes 21 steps down the mat and repeats the process. They chose twenty-one to keep with the tradition of the twenty-one gun salute, the highest military honor that can be bestowed. This is to honor the anonymous soldiers with the highest honor for service to their country. When we witnessed the changing of the guard at the Tomb of the Unknown Soldier, I was awestruck at the amount of detail that was put in to ensure the upkeep and protection of this memorial.

Katie McAllister – One of the best things about Washington, D.C. is that all of the history found here does not belong to one person exclusively. As Americans, we get to share our history and preserve it for generations to come. Going to Mount Vernon, home of President George Washington, was quite the experience. I was expecting a small home with a few pieces of furniture inside. However, once we arrived at this beautiful landmark, I was shocked. Mount Vernon was massive! It stood majestically on a green lawn and looked over the Potomac River. Inside, every room was completely furnished and housed items that our first President used. One of the students on the trip made the comment that it was somewhat sad that such a beautiful estate wasn’t being lived on. But I am glad that Mount Vernon is not owned by one person. History belongs to the people, and I am so thankful that I had the opportunity to get to partake in remembering my country’s intriguing history.