Last Friday I was talking to a friend who moved here from Alabama, and I mentioned that I was headed to Homecoming.  Her response was, “That’s what’s different between here and the South.  We have our Homecoming during football games, and you have yours during basketball season.”

Why Faith’s Homecoming is Different

The sport involved in the celebration is not the only thing that is different about Faith Christian School’s Homecoming celebration.  I have been to at least seven Homecomings at Faith Christian School, and each time I am struck by the godly focus of the event.  Not only is it a time to cheer on the home team, but it is a time to celebrate the virtuous women that represent our school.

In early December we take the time as a school body to study what Scripture has to say about virtuous women.  When it comes time to elect the Homecoming Queen, the choice is not based on popularity, but on the characteristics laid out in Scripture.  This allows the student body to select the candidate that will best represent our school and the Lord.

The Friday festivities started with cheering on the Junior Varsity Boys’ Basketball team. The boys did a great job of playing hard and getting the crowd cheering excitedly!  While the boys were playing, alumni were filtering in, greeting old friends and making new ones up on the walking track.

As the game ended, the suspense in the gym was palpable.  Everyone was ready to participate in the ceremony that makes Faith Christian School Homecoming very unique.  The ceremony is a time where not only the girls are honored, but also their parents.  One representative from the 9th, 10th, and 11th grades and three from the 12th grade are escorted onto the court by their father. This is a special time to recognize the impact the parents have had in the young woman’s life.

This is a very special time of honoring the Lord and what He has been doing in the lives of each of these young ladies.  When it comes time to crown one of three seniors as queen, it is so neat to see the girl honored, not because she won a popularity contest, but because of her godly and virtuous character.  This year’s Homecoming queen was Michelle McGinty, and it was so special to see Michelle honored for her gentle and kind spirit and great love for her Lord!

After the ceremony, it was time to play ball! The boys did a great job of playing hard, and working together to pull off a 1 point Homecoming victory! 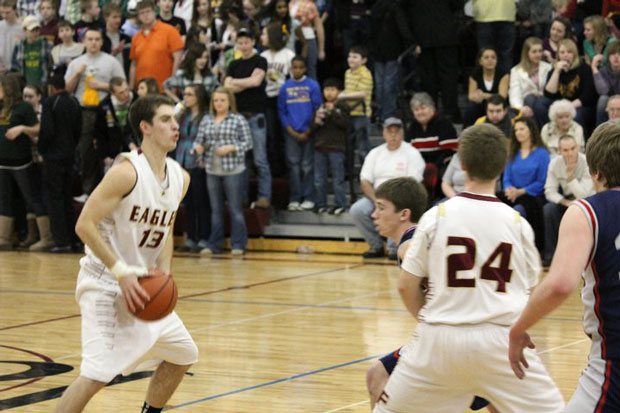 As the celebrating began to die down, the clean up began.  It is so neat to me to see everyone pitching in to clean up and to get the building back in order.  I love seeing that people use this time of serving to fellowship and continue to make friends while getting things done!  Overall, it was a great night of celebrating, as a school family, what the Lord has done for Faith Christian School.