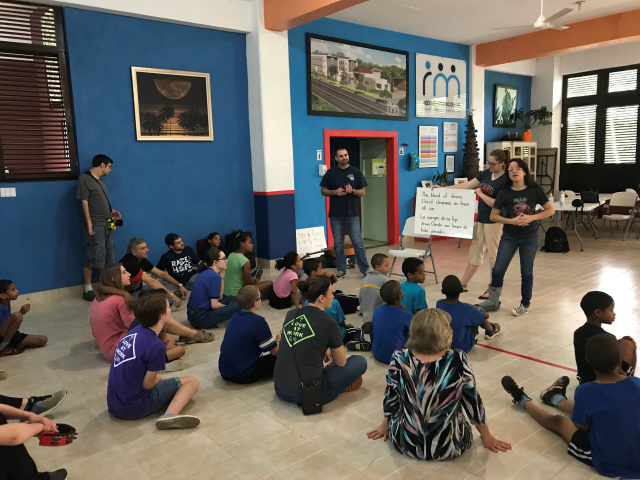 Below is an encouraging update by trip leader Jonathan Barrette about the Short Term Missions Team to the Dominican Republic.

“Thus far, we have had amazing success in our work. The team has been highly motivated and remains very energized. I expected more fatigue at this point. We are praising God for the energy and effort of the team, knowing we brought nothing, but empty hands to the process. We also know that we have more days in front of us.

The VBS sessions are going very well! All those extra meetings and the training with Johnny Kjaer and Noelle Haynie, were extremely beneficial. (Thanks to both of you!) Our sessions here with the kids are only proving their counsel more accurate everyday. The team had very well planned and rehearsed lessons. But as we were told, not everything went as planned. Due to our training and practice, the team adjusted quickly and it is proving effective. We are pleased that thus far, sections of the material is sticking with the kids.  Even the younger ones are able, in some instances, to retell the Bible stories back to us. 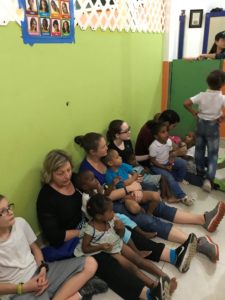 Josh Aucoin has been leading the music with passion and energy, which is also getting the children engaged. I will say that we Americans, with all our efforts, have NOTHING on these DR children when it comes to energy!!! They are passionate about their music!

The crafts have been a huge success with the kids. Everyone is safe, healthy, and doing fantastic. So far, no major issues with the children or with our immediate team. 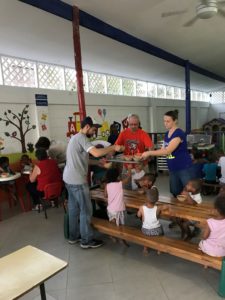 As of New Years day. The team wrapped up working with the smaller class of about 40 children, Casitas. The last 2 days have been very busy and have stretched the team quite a bit. We are pleased for the chance to serve hardily and we are making an impact.  We’ve had numerous staff thank us for our work and compliment the team on how organized and effective we have been.

New Year’s Eve was a break from our VBS routine. We started with a day of worship at the church, Iglesia Bautista de la Gracia. We attended along with a second group called “Courts 4 Kids”.  The team enjoyed the service, especially singing worship songs in Spanish.  It was an additional blessing to see the Pastor Newton Pena in the church. Newton commented on our “wisdom” in spending the winter in the DR; seeing the temps back home, I’d have to agree.

After church we went out to lunch at a popular local restaurant, Square One. We then took a bus to visit the local war memorial.  The day was beautiful; you could see mountains around for miles. We snapped fantastic group pictures. It was also a blast watching some of the Dominicans teach the Courts 4 Kids team how to dance. They tried to get a few of us to dance. 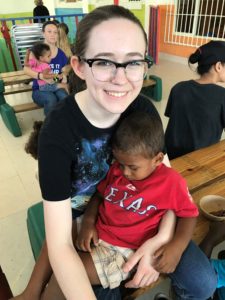 After our tour of the monument we came back to prep for New Year’s eve with the kids. Itzel, our host asked our team to run the evening, but wanted us to include the Courts team. We enthusiastically agreed! We were also asked to do a devotional, sing songs, and then run a game night with about 60 kids. I put together a small devotional that I titled “A New Family for a New Year.” My intent was to have a devotional that touched on the theme of adoption, something that would be meaningful to the kids; but also wove into the devo the fact that we were NOT all part of God’s family. I wanted to share a message that would get everyone thinking about their relationship to God.

Our game leader, Brent Rardin, setup 10 games stations with quick games for the kids. We then divided the Courts 4 Kids teams across these workstations (2 per station), and trained them on their games. We set up 10 minute rotations for about 2 to 2 1/2 hours… talk about a lot of energy! Between the foundation’s kids and the teens from the other team…. WOW! The night went better than expected. 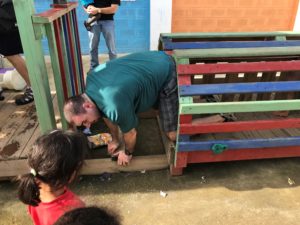 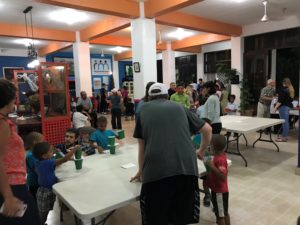 Most of us celebrated the final minutes of New Year’s Eve with our faces buried in our pillows. A common comment from our team on this trip…”I can’t remember the last time I slept that hard.” 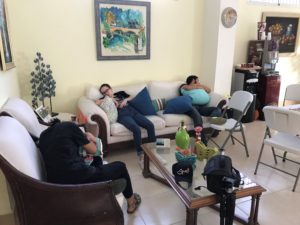