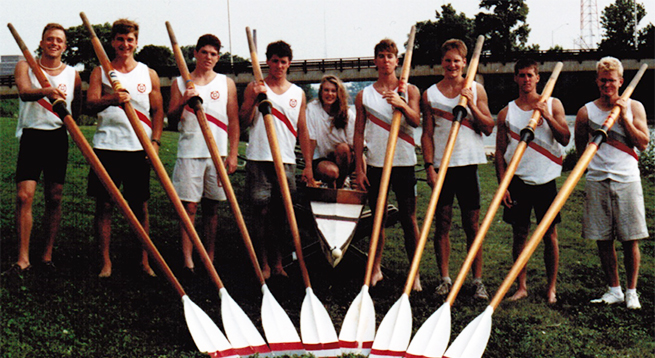 The following article by Stacy Clardie is the second in a series that shares our Pastors’ testimonies of how the Lord led them to serve at Faith Church.

Rob Green had no interest in being a counselor.

He was all about science and math, problem solving with numbers and equations. His requirements for college coursework were clear and significant: No classes in which he had to read a book, write a paper or study a foreign language.

Green managed to accomplish that goal, loading up on physics, electrical engineering and math classes, even taking some computer programming courses for fun, over his college career at Ohio State.

Even though Green grew up in a Christian home, he didn’t feel called to ministry as a young adult but started to feel a tug while in college. Still, he finished his degree and continued on in the consulting world after school, writing computer programs to process credit cards for a company in the financial services area.

While he was in school and working, though, Green stayed involved in his local church in Columbus, Ohio, and God did some working, too.

And Green felt moving toward the ministry was right, so he headed to seminary school.

“The first semester of seminary, I think I read more than I did in my four years at Ohio State,” said Green, smiling. “I get a syllabus that says, ‘I want you to read 3,000 pages for one class,’ and it was like, ‘What?!’

“I adjusted. Over time.”

His final year of seminary required Green to spend a year as an intern at a church, and his local pastor directed him to Faith. After that year, though, Faith didn’t have any openings on its staff for Green to join full-time.

By God’s sovereignty, Green ended up only 25 miles away in Frankfort, Ind., as the only pastor at Grace Baptist. After a short time leading that church, Faith’s Steve Viars contacted Green to see if he’d be willing to pursue a Ph.D. and return to Faith for the purpose of helping the new seminary.

Green stayed at Grace Baptist for another 18 months before coming to Faith permanently in August 2005.

As pastor of counseling and seminary ministries, Green organizes Faith’s training events with the help of a counseling team and is chair of the seminary’s Master of Arts in Biblical Counseling program.

“I had no interests along the counseling, social services field as a young person. My desires were all in the sciences and the math. Then when the Lord changed my heart and mind, then it was just, ‘How do I get involved in ministry? I want to serve.’ And in His sovereignty, counseling become one of the areas for that service.”

Green has found it’s quite rewarding.

He’s seen how the ministry has fit along with Faith’s mission statement: To win people to Jesus Christ and to teach them to be faithful disciples.

Not everyone who comes to the counseling ministry already has a personal relationship with Christ. They come because they have challenges and consequences in their life.

And Faith’s counselors often are able to help assuage their fears, their anxieties and their burdens, through scripture and the promises of Christ.

“They’re coming and asking us. So we just get to open up the Word and show how the bad news is that they’re a sinner and are in desperate need of a savior and the good news is that God provided one,” Green said. “That the death, burial and resurrection of Jesus Christ is able to care for all of their sin. For those who are already Christians but who are just struggling with one thing or another, it’s an opportunity for us to open the Word and talk to them specifically about their struggles.

“It is very rewarding to watch the Lord work. When I teach, I often like to say, ‘Counseling is a front-row seat to God’s work.’ People will go to a concert or a play or some sort of performance and they pay extra money for the front seats. They want to be up close, and that’s exactly what counseling is. You’re watching God transform hearts and lives right in front of your face. It really is incredibly rewarding and encouraging to see that.”

Green also teaches Greek and New Testament classes for the Master’s of Divinity program and is the service pastor for the 11 a.m. service.

Green and his wife Stephanie have been married for 20 years and have two sons, Joseph and Samuel, and a daughter, Mackenzie.