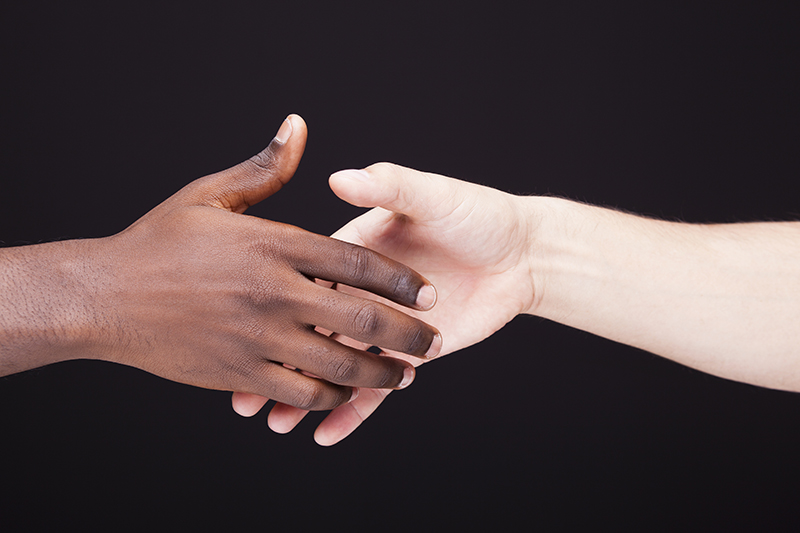 White folk have responded to recent protests by persons of color at Purdue and campuses and cities around our country in predictable ways.  Many have labeled the complainants “cry-bullies” as if they are the ones at fault.  Columnist Kathleen Parker believes the core problem is “an educational system that, for the most part, no longer teaches a core curriculum, including history, government and the Bill of Rights.”   George Will adds that “a larger portion of blame goes to the monolithic culture of academia” which doesn’t truly champion free speech.

Do conservatives really believe that racial minorities just imagined these grievances?  Is our best response simply running the data through our fixed perspectives and coming up with yet another version of “I’m right and they’re wrong”?  Racial tension will never improve if we default to the same tired and judgmental methodology.

As a pastor, I’ve spent a fair amount of time listening to complaints.  What I’ve learned, or am at least trying to learn, is that there is almost always at least a nugget of truth in someone else’s protest and that I’m almost always at least partially to blame.  Maybe that’s why a wise Jewish carpenter once explained that before I try to help someone remove a speck of sawdust from his or her eye, I ought to get busy removing the large wooden plank from my own (Matthew 7:3).

Racial disunity is simmering everywhere you look and is a blight on cities and campuses nationwide.  Its appearance yet again at Purdue provides a marvelous opportunity for a fresh but admittedly challenging approach which includes at least three components.

Perhaps many of us would do well to take a cue from the old African American spiritual that suggests it’s “not my brother or my sister but it’s me O Lord, standing in the need of prayer.”  The core problem here is not our entitlement culture or the liberal media or an academic establishment that has lost its way.  The issue is our own sinful hearts that are often proud, judgmental, and quick to treat people of other ethnicities with disdain and distrust.

Any Christian reading this article who wants to dismiss that assertion might want to explain the scandalous reality that the most segregated hour in the average week in America is 11:00 on Sunday morning.  Let’s face it — we all just like to associate with our own kind.  It is not a societal problem, it’s a heart problem.  And if that’s true, nothing short of personal acknowledgement and repentance will suffice.

Sure we roll our eyes at the safe zones on campus and trigger warnings in syllabi.  Freedom of speech is too precious and hard-fought to be swept under the rug of political correctness.  But shouldn’t we also be saying, forcefully and often, that the God who made our tongues expects us to voluntarily control them?  Unbridled freedom is selfish and destructive.  That’s why Scripture exhorts us to “speak the truth in love” (Ephesians 4:15).  One without the other is an abuse of power.

One unfortunate example is so-called Father Jed who occasionally appears with his religious posse at Purdue and shouts insults at passing students and staff in the name of his God.  “Just saving souls today” he intones.  What an incredibly hateful and destructive way to exercise his freedom of speech.  When will we learn that “death and life are in the power of the tongue” (Proverbs 18:21)?  The apostle Paul was right when he explained that “you were called to freedom, brothers. Only do not use your freedom as an opportunity for the flesh, but through love serve one another” (Galatians 5:13).

The God whom many of us say we follow instructs us to “be quick to hear, slow to speak, and slow to wrath” (James 1:19).  Let’s abandon the crybully rhetoric and shallow, defensive explanations.  Our brothers and sisters of color have very important stories to tell.  Are their perspectives always entirely balanced and exclusively accurate?  Perhaps not, but are yours?  Maybe a prolonged listening tour is exactly what the doctor, or better stated “Great Physician”, ordered?

Christmas is an especially fitting time of year to have this discussion.  The God of heaven knew how thoroughly sin cursed our hearts would be.  He knew the damage and destruction our unbridled tongues could cause.  So He sent the Prince of Peace to die on our behalf and then invited us to repent and follow Him.  Since a sizeable percentage of people in our country claim Him as our rightful King, let’s ask Him to “guide us in the way of peace” (Luke 1:79).