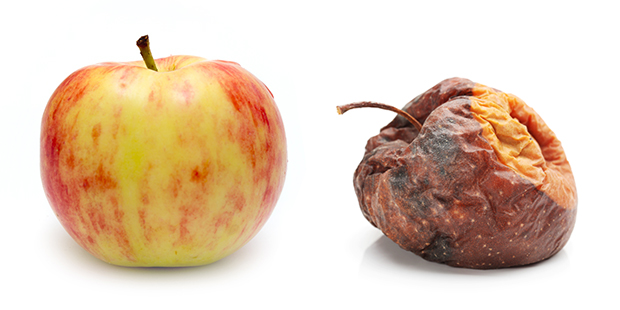 Looking to the ground, ashamed, sad and embarrassed, the man shared “I didn’t mean it” as he recounted what he said to his wife.  He was attempting to convince the woman sitting next to him and me that what he had said in a moment of anger simply was not true and that the situation just “got the best of him”. He said that he was ashamed of how he acted and how he spoke (or yelled) during that moment.

So I posed the question to him, “If you were in the exact same situation again, or if things were even worse, do you think you might respond in a similar manner?”  He shook his head in agreement; he knew that there was something greater at play than just the situation. So I asked him, “Did you mean what you said?”  Reluctantly, he agreed, he did mean it in the moment.

I think we would all agree that not only have we heard others say that they didn’t mean what they said, but we have even been guilty of saying it ourselves.  We want others to believe that we are really not that bad, but the truth, the painful and honest truth, is we are that bad.  Here is how Jesus would answer someone who attempted to defend his actions by saying he or she didn’t mean it:

“For there is no good tree which produces bad fruit, nor, on the other hand, a bad tree which produces good fruit. For each tree is known by its own fruit. For men do not gather figs from thorns, nor do they pick grapes from a briar bush. The good man out of the good treasure of his heart brings forth what is good; and the evil man out of the evil treasure brings forth what is evil; for his mouth speaks from that which fills his heart.” (Luke 6:43–45, NASB95)

From Your Heart to Your Mouth

Jesus makes it really clear that what comes out of your mouth, when you say those mean things that you wish you could take back, when you hurt someone in a moment of anger, he says you really did mean what you said. He tells us that those words came out of your mouth because they were in your heart.  When we get angry and say things we regret, the reason is because of our heart…not the situation.  We want to blame people, events, emotions, etc. But the only one to blame is the person you see in the mirror every morning.

Steps to Make It Right

We all have wicked and depraved hearts. So when we say something awful that comes out of our mouths, we shouldn’t deny what was said, but instead we should confess our sin. We need to agree with God about how bad our heart is and how sinful we are; we need to ask that person’s forgiveness for what was done; and we need to pray that God would help humble our hearts and change us to be more like Christ.

So, when you find yourself saying things that are terrible and hurtful to others, don’t attempt to convince someone that you really didn’t mean what you said.  Confess that your heart is wicked and that you need to change.