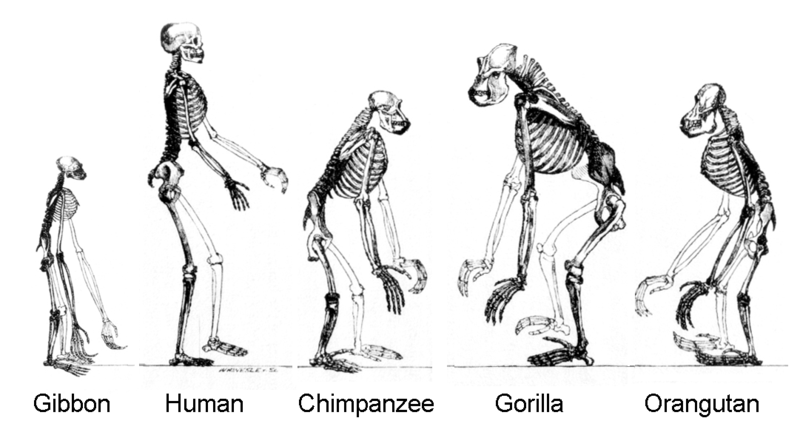 I question, sometimes, whether the Christian community embroils itself in the causes of culture (as we rightly should), though by the means of a secular world. I wonder, for instance, if the manner in which we engage the topic of evolutionary theory is the manner that will prove most effective: is there a difference in the methodologies of the Christian and those of the world? Should the Christian consider the widespread obeisance to evolution as a battle that we must engage? Or is the difficulty found to be in the [lacking] dissemination of information which, if dispersed, would certainly cripple such theories?

As I ask myself these questions, I wonder, too: Is the Christian response to evolutionary theory so evidently disjointed (as witnessed in personal conversation, on T.V., in particular fields and places of study, etc.) because our faith is much the same – disjointed? It seems that so many of us allow our blood pressure to rise in either anger or anxiety when evolution is debated, and I wonder why. One answer that I consider involves the nerves of Christians showing frayed ends and misfiring synapses because they’re thoroughly jolted by the platform of evolution and the novelty of evolution. We can, metaphorically, see our brothers and sisters doing the ‘tuck and roll’ to avoid the wrecking ball of Darwinism. A deer in the headlights is another fitting description; knowing that an enormous and dangerous force is barreling down the highway, but we’re not quite able to move; transfixed by the magical lights. I think our trouble may be that, once we see this danger on the highway, we tend to retreat to the hallway – straight, narrow, no room for a car, not even windows. I believe there are a great many of us who have banished ourselves, in desperation, to the safety of the hallway. Though we’d much rather engage the highway of ideas than hunker down, we fear the steps required for such freedom. The steps ask of us what we truly believe. Then, by necessity, they require action.

If behaviors reflect beliefs, what does it say when so many have come undone amid the propositions of evolution? When so many Christians, faced with a healthy dose of Humanism, will discard the God of their youth for the God of the day, what is it that we’re hearing? It doesn’t sound like a battle cry to me. It sounds like fear. When we step into the arena of ideas, though, with a well-developed mind (love the Lord, thy God…with all your mind), having considered, studied, reasoned with and prayed over that which we already know to be in the arena (because we should have been looking in the windows the whole while); when we’re able to pull down strongholds because we truly believe in our deepest regions that Christ is King and we’ve well-prepared ourselves for our opponent, our battle, I believe, turns into more of a discipling process. And within this, there should be no fear.

When we hunker down in the hallway, though, our behavior is very likely saying something about our beliefs. It’s not necessarily that we don’t believe anything of the Bible, but that we haven’t actually given it any time. We may have a distinct admiration of Christ while being illiterate of Christ’s position on the Old Testament books and their authors, for instance. I’d guess that there may be a double-digit percentage of people who, when pressed for the truth, admit to having read scant pieces and passages of the Bible, as a whole. They’ve gone to Sunday school and church for several years and have relied on that to be enough. Or, at least, they’ve committed to that being enough. The problem with this is, of course, that one will have a miserable time nurturing a faith that’s best learned of in a book that lays unread on the coffee table. We may desire God, but the book, we tell ourselves, is too big. We should understand this to be, truly, a lack of desire to know God. In this scenario, it should probably be said that we’d like to believe in God; we’ve got no problem with Him, but since we don’t read what He has written, we don’t know Him and can’t have faith in Him.

Adding to the Christian dilemma regarding the varying debates of Darwinism (and many others) is the disdain for reading and/or otherwise studying particular viewpoints, opinions, worldviews, etc. that aren’t comfortable or pleasant to learn about; ideas that don’t fit comfortably into our personal beliefs. ‘If it’s learning about evolution beyond the customary talking points, I don’t want to read it. If it’s about Heaven, I might. If it’s about growing our knowledge of Islam for the purpose of the hope of Christ in saving a lost and doomed people, I don’t want to hear it. If it’s about Kobe Bryant’s shoes, I’ll probably find some time.

Our interest in investing in what we do believe while taking time to learn something more than the schoolyard parts of what we don’t believe is lacking. This is why the evolution debates are considered a battle to so many.

When a student is ill-prepared to answer the foreknown questions of a test presently before him, he may feel that he’s entered into battle with the questions. When my dog loathes the chain that she’s bound by and loathes it every day, she may well consider herself to be embattled. When a raccoon fights with another raccoon for many hours on end, these raccoons are in battle. When the Christian, though, who has before him the very Word of God and enough extra-biblical books and resources available at his fingertips with which to refute Darwinism point by point by point, enters the highway of ideas, he should find himself in a position of teaching and leading rather than in a position of battle.

Editor’s Note: To see an example of what Andrew means by “refut[ing] Darwinism point by point by point,” read his article, “An Interactive Primer on Difficulties Observed in the Theory of Common Descent.“

Andrew King
Andrew and his wife, Jill, joined Faith in 2007. They are the owners of ChristopherGardens - a residential landscape company that seeks to provide employment and resources for the homeless and ex-offender populations. They are members of the Peacemakers ABF and Andrew serves as a Deacon.