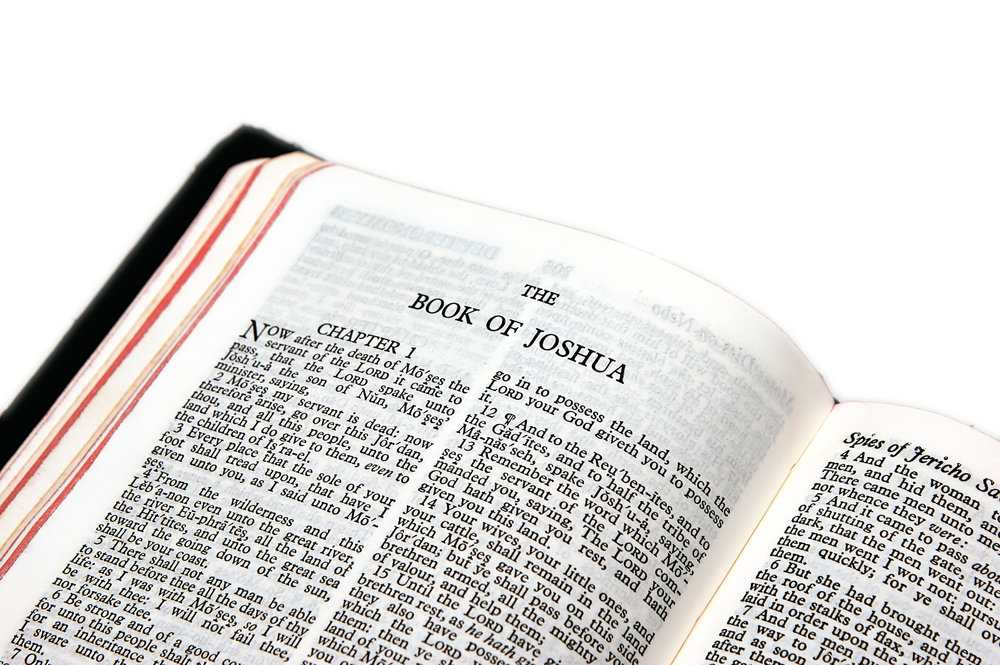 Have you ever heard the biographical narrative surrounding the life of a man named Joshua?  Well, one definite item that would be listed on his Linkedin profile is that he “played an integral role in a battle that took place around the central city of Canaan…Jericho.”  Even if you do not remember the details of this account, you are probably repeating the song, over and over again in your head; “Joshua fought the battle of Jericho, and the walls came a tumblin’ down.”

After God equipped His servant Moses to deliver the nation of Israel out of the hands of their oppressors in Egypt, He chose a successor to Moses who went by the name Joshua.  After nearly forty years of wandering, the Israelites were finally going to occupy the land that God had promised to their forefathers long ago.  And Joshua was given both the grand privilege and the awesome responsibility of following God’s direction in order to properly lead the nation in boldness and obedience.  Their plans of war simply consisted of walking around the fortified walls of Jericho, one time daily, until six days had passed.  On the seventh day the men of war and the priests were to walk around the city walls seven times.  After the seventh time around, on the seventh day, the priests were to blow a ram’s horn and shout really loudly.  Guess what happened?  Yes, they shouted “and the walls came a tumblin’ down.”  Joshua chapter 6:27 ends with this amazing statement “So the LORD was with Joshua, and his fame was in all the land.”

A Life Leading To Ruin

When Joshua and the people of Israel acted faithfully toward the word of God, they were rewarded with a virtually effortless victory over their enemies.  But on their very next military campaign, against a small insignificant group of people from Ai, the Israelites got whipped.  Why?  As we see in chapter 7:1 “the sons of Israel acted unfaithfully in regard to the things under the ban.”  The disobedience of one man, Achan, who took some of the silver things that looked good to him, caused the anger of the LORD to invoke the wrath of the LORD.  “the anger of the LORD burned against the sons of Israel.”  If we continue through the seventh chapter of Joshua we find out that Achan, his family, his animals, and all that he had was stoned and then set on fire.

A Life Delivered From Ruin

You may think this dude Achan got a pretty bad break.  Maybe you even feel confident in yourself because you have never taken anything that didn’t belong to you.  Please realize that in one way or another every one of us has broken a command of the LORD.  Every one of us, yes including me, has lusted for more silver and gold so that we might satisfy our own selfish ambitions in direct disobedience to the word of God.  Because of that, God could wipe us off the face of the earth.  But God is gracious!  He is rich in mercy!  Instead of consuming us, our family, and all our possessions with fire, He chose to take His anger and judgment out on His Son, the man Christ Jesus.   So how do we avoid living a life that will one day result in ruin?  We must recognize that we are a lot like Achan, deserving death because of our rebellion against God’s commands as detailed in the scriptures.  Then we must ask God to forgive us of our sins and embrace that our debts have been cleared due to the payment, purchased by the blood of Christ.  “knowing that you were not redeemed with perishable things like silver or gold from your futile way of life inherited from your forefathers, but with precious blood, as of a lamb unblemished and spotless, the blood of Christ” 1 Peter 1:18-19.   Only then can we live a life of joy, because our faith and hope is in God.