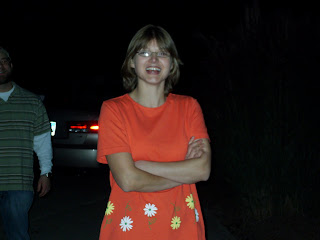 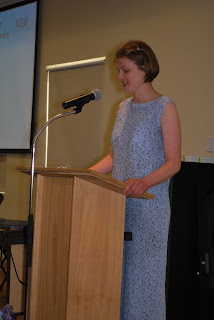 Regina’s Graduation Testimony
If you would have seen my life before Vision Of Hope, You would have seen me as a normal person. Having been raised in church, my dad was the one that I looked up to all my life. I would not do anything that they considered wrong, because I wanted to please my Mom and Dad.
I had what the world called the perfect life. I dressed the right way, acted the right way, and could tell you almost every story there was in the Bible. Knowing what to say and what not to say, if you looked at me, you would have thought that my family was perfect.
Though the whole time on the inside I was rebelling.
See the thing is that even though I looked perfect on the outside, like the white tombs that Jesus was talking about in Mathew 23:27, where it says ” Woe to you, scribes and Pharisees, hypocrites! For you are like whitewashed tombs which on the outside appear beautiful, but on the inside they are full of dead man’s bones and all uncleanness.”
I lived a life pleasing to men, I had everybody fooled thinking that I was something I was not. All the while I was sinking deeper and deeper into sin trying it my way. I would cover it all up and act like everything was all ok. On the outside I looked good, though I had hidden secrets that nobody knew about, exept my family who was just ignoring it all together. I was ignoring it all the same until I couldn’t take it anymore.
You would have thought that being raised in church that I would have turned to God right then and there, though I was still afraid that if people knew the real me that they would reject me.
So I had to learn to rely on God the hard way. At first I tried to earn my salvation by being good enough to go to heaven. I would find my comfort in the good works that I had done… obeying God’s Laws, helping people out, and being there for people. All not bad things to do when done in the right motives, though I learned that these things alone can’t save you from your sins. Hebrews 11:6 says that without faith it is impossible to please God, for he who comes to God must believe that He is and that He is a rewarder of those who seek Him. I still had the sin nature and trying to do it on my own.
So when that didn’t work I went to trying to forget my past and my problems through alcohol behind the scenes. I thought that I had everybody fooled, though the only one that I had fooled was myself.
At this time there were people in my life that were telling me about Vision of Hope. It took 3 different people, at 3 different times for me to finally get the message and apply for Vision of Hope.
Even in coming to Vision of Hope I was still doing things my own way instead of learning from the wise people that God had put in my life. I though that like everybody else in my past life that they were trying to control me. So even living at Vision of Hope it took me getting dismissed from the program though anger and rage and then finally reinstated for me to break down and rely on God.
I had learned that what Romans 8:28-29 says was true in my life, that He worked everything out for my good. Because it was there when I had nothing else left that I learned to put my trust in God and to teach me what He wanted me to know. God had used this trial in my life to get a hold of me and remind me that I am a sinner and that I needed forgiveness from my sins. Acts 20:19 says “Serving the Lord with all humility and with tears and with trials”
Though I’m not saying that I’m perfect now, I have learned we just progress to become more like Christ daily. Lamentations 3:22-23 says that “The Lord’s Lovingkindness indeed never cease, for His compassion never fails. They are new every morning; Great is your faithfulness.”

Jocelyn Wallace
Jocelyn was the executive director of the Vision of Hope residential treatment center (www.vohlafayette.org) on the campus of Faith Ministries until 2013. Her experience in the biblical counseling field goes back to 2002, and includes work in parachurch organizations and Faith Biblical Counseling Ministries.