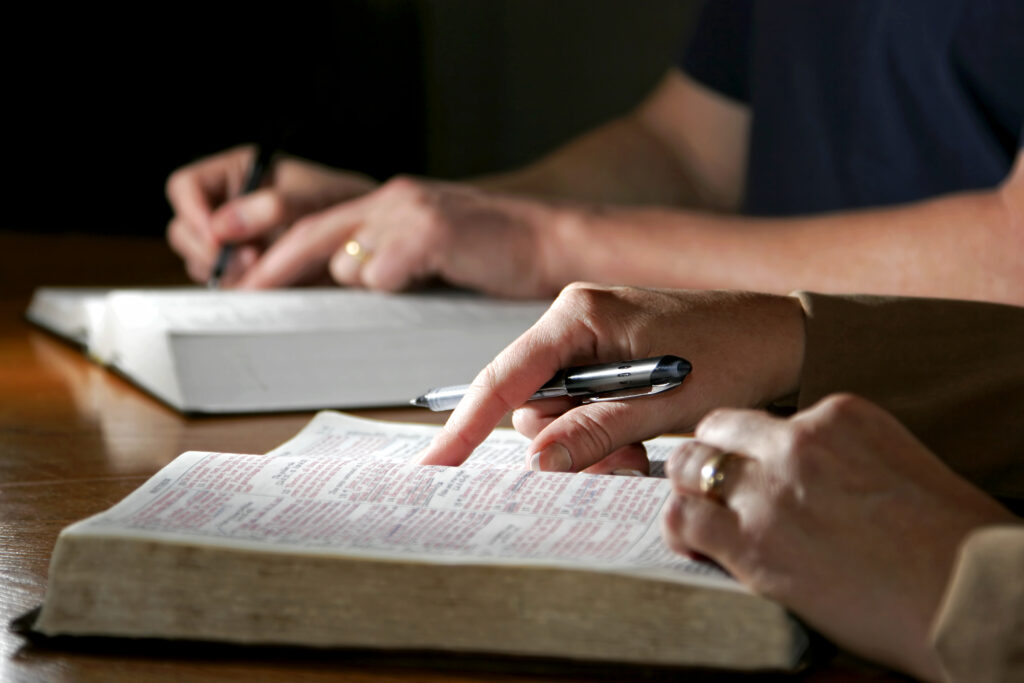 I have had the privilege of being involved in training biblical counselors for nearly thirty-five years now, much of that time as a Fellow with the Association of Certified Biblical Counselors (ACBC). The ACBC certification process is rigorous, including meeting the academic requirements, passing qualifying exams in both counseling and theology, and then establishing a relationship with a fellow in the organization who supervises 50 of your counseling hours.

Over the years I have enjoyed meeting people from many walks of life and have found serving as supervisor to be mutually beneficial in multiple ways. I have learned new skills and principles during the supervision calls and am thankful for my trainees’ numerous strengths and giftings.

However, one common weakness I have observed is the tendency on the part of inexperienced counselors to attempt to script the counseling session out in advance. It is almost like a one-person Sunday School lesson. Since ACBC requires that five of the fifty supervised hours are also recorded, listening to such sessions often reveals a one-sided lecture where the counselor is seeking to disseminate biblical information to a passive and speechless counselee.

As I reflect on the thousands of hours of my own counseling, I do not believe I have ever prepared for a counseling session in this fashion. That is not to say that I don’t pray in advance for the session or study any question that may have come up previously that I was unable to answer. But there are numerous reasons why pre-scripted counseling falls short of what effective biblical counseling can and should be.

If you stopped me in the hallway on the way to meet my next counselees and asked, “what do you plan to speak with them about in this hour”, my answer would be, “I don’t have any idea.” I need new information from two broad categories to ascertain where my counselees are at that moment. First, I need to know how they did on their homework. Second, I need to know if there were any noteworthy events in the last seven days. I try to gather these kinds of updates within the first twenty minutes of the average counseling hour.

If you were listening during this portion of the average session, you would probably conclude that the questioning is broad and general, almost like a fishing expedition where lines are being cast all around the lake.

However, by the twenty minute mark, the temperature changes in the room. That is the point at which I want to have a very crisp, clear, and specific answer to questions like, “how does this person need to change next?” or “what truth is most important at this place in their suffering” or “what is the next step in their sanctification.” I have to have answers to such questions before I can really plan what the next forty minutes should be like.

For the remainder of the session, everything is very tightly tethered to that single issue. It affects the questions I ask, the statements I make, the verses we read, and certainly the homework that is given. Part of this is because I believe we can only change in a few ways at once, so our counseling needs to be as focused and specific as possible.

Counseling is a Conversation

I often encourage those I’m supervising to picture an hourglass on their desk as they counsel. The hourglass should be in one position each time they are talking and turned over every time their counselee speaks. At the end of a typical session, the sand should be in about the same position. Listening to supervision recordings reveals weaknesses on both sides of the spectrum. In some instances, the counselee monopolizes the counseling hour. Because counselees rarely think or speak in logical, systematic ways, the session is going in many different directions with very little focus or direction from the counselor. On the other hand, some recordings reveal a counselor who spends most of the hour lecturing with very little interaction with the counselee. I have joked with some of my trainees that if their counselee reported they had a dead body in the truck of their car, the counselor would respond with something like, “thank you for telling me that, now let’s turn to Ephesians 4 to study the four rules of biblical communication.”

What is lacking in either extreme is the dynamic of a back-and-forth conversation. Since much of our goal involves learning what is taking place in the counselee’s heart, the best questions are the ones that flow out of the information you just received. There really is no way of anticipating those answers in advance.

One objection that is often raised to this line of reasoning is the fear of not knowing what to say, or where to find a particular verse in the Bible, etc. I have an electronic concordance running on my computer whenever I counsel. There is nothing wrong with pausing and looking for a verse before continuing the conversation. If my counselee thinks less of me because I do not have the entire Bible memorized, he/she thought way too highly of me in the first place.

This approach also leads to times when there may be pauses in the conversation as I prayerfully consider what to say next. Sometimes we’ll even stop in the session and ask for the Lord’s direction. An A+ question/statement after a pause is far better than a C- one without a break.

In my doctoral work at Westminster Theological Seminary, the members of our cohort were each required to log eight hundred hours of supervised counseling as part of our graduation requirements. I distinctly remember the day my professor asked me if I was uncomfortable with silence in the counseling room. He wondered if it was even a point of pride on my part, where I would rather fill the gap in the conversation with whatever came to my mind first in order to give my counselee the impression I had all the answers instead of pausing and only speaking after I had carefully considered what should be said next. I was not particularly appreciative of that observation but I came to believe his analysis was spot on.

I selected a title for this essay that was a bit provocative on purpose. As stated, yes I believe we should prepare our own hearts in prayer for our counselees and perhaps even have a general idea of where we might be heading, assuming there have been no major events in our counselees’ lives the previous week. But let’s seek an approach that is less scripted and more spontaneous, with the goal of meeting our counselees’ greatest needs in the moment.