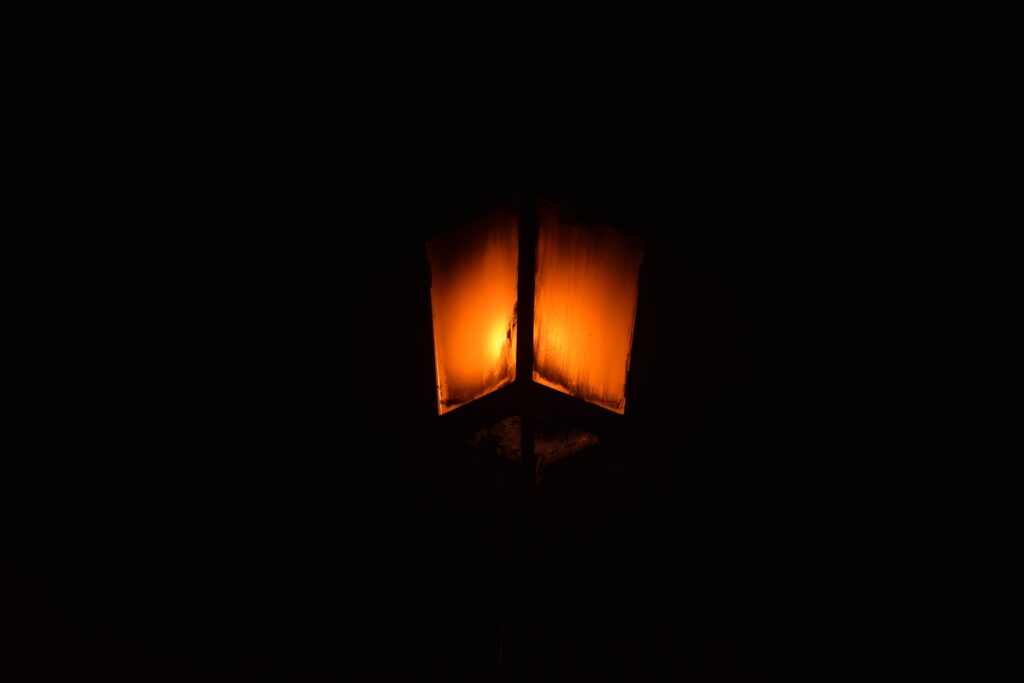 The term gaslight has been around for many years, but its definition has not been consistent. This post is the first in a series on gaslighting. We desire to understand gaslight and place it in a biblical context.

Toward a Definition and Description of Gaslighting

Since the 1980s, gaslighting is manipulating another person such that they question their sanity.[1] According to current standards, perpetrators use various methods, and their actions can be intentional or unintentional. Before we commit to this definition, let’s consider the use of the term in history.

Therefore, it appears that movie produces defined gaslight as the intentional deception of an antagonist against a protagonist with the aim that the protagonist believes they are crazy. Please notice that intentionality and result are crucial components to this early description.

Through time, however, others adjusted the definition. Barton and Whitehead defined it as the unintentional deception of a therapist who convinced a trusting client that they had severe mental illness when no such illness existed.[2] According to these authors, clients were gaslit because their therapist convinced them they had severe illness and needed a specific treatment. Barton and Whitehead significantly changed the definition! Now gaslighting does not involve intentionality.

As I mentioned, more recently the definition combines aspects of these sources so that gaslighting is the intentional or unintentional manipulation of another person such that they do not trust their own understanding of reality.

Is this definition sufficient? Rietdijk is right to question whether perpetrator intentionality should be included in the definition. Is gaslighting exclusively active, something someone does, or can it also be passive, something that happens?[3] Rietdijk is also wise to point out that successful gaslighting requires victim response. It cannot be successful without involving certain victim conditions.[4] It is also worth noting that those who intentionally gaslight have motivations for doing so. In the movie, it was to steal the family fortune. Other sources suggest it was to hide an adultery.[5] It appears that perpetrators use gaslighting to hide other sinful desires and actions.

I believe it is unfortunate that the scholarly community broadened the definition. The movie struck a chord in society and gave a name to it. Gaslighting was a real thing and no one knew exactly what to call it. As more studied the concept, they realized that close relationships, especially intimate ones, were prime locations. They also understood that gaslighting was not the result, but the actions. They rejected Barton and Whitehead’s description. If a therapist attempted to convince a person without a mental illness that they had one, then that would be a problem. It would not be, however, gaslighting. Unfortunately, consensus decided to keep a portion of Barton and Whitehead’s analysis – it could be unintentional. Thankfully, Rietdijk challenges that notion.

Before I offer a definition, let’s think about Scripture. Biblical counselors, looking for biblical terminology, might use the term “deception” or “deceive” to describe these behaviors. Deception is common in the Bible. A form of “deceive” occurs 22x in the Bible while “deception” occurs 14.[6]

There are many types of deception in the Bible. For example, one might attempt to deceive in a moment or about a certain fact (like Saul initially deceived the witch at En-dor regarding his identity in 1 Sam 28:7-14, or the concern of the religious leaders that the story of Jesus’ resurrection will deceive many in Matt 27:64) or it can be a way of life (Psalm 4:2 or Jeremiah 3:10). Jacob’s name means “deceiver” and his behavior justified his name. These biblical deceptions share intentionality. Someone wants to deceive someone else.

I think it is wise to restrict the term gaslighting to intentional acts with the purpose of harming the victims’ ability to understand reality. When one does that, Romans 16:18 stands out. It says, “For such men are slaves, not of our Lord Christ but of their own appetites; and by their smooth and flattering speech they deceive the hearts of the unsuspecting.” The contextual deception in Romans 16 was denying the truth taught by the apostles and later codified in the Bible. If reality is rightly observing the things that are true, then Paul warns the church about people who do not want them to see what is true – what corresponds to reality. They want the people in the church drawn to a false world – one where they create what is real.

I would like to draw attention to three observations from this verse.

First, these deceivers are slaves of their own appetites. These people are not interested in the truth, they intend to harm. They want to dominate so that they are free to do what their hearts’ desire. In the 1944 movie, the man wanted to steal the family fortune. Convincing his wife that she is crazy was part of his plan to rob her blind. Even if she was suspicious of certain behaviors, he could explain them away because she is out of touch with reality. These slaves of their own appetites are self-centered lovers of themselves. Romans 16:17 tells us that the self-lovers wanted influence. They wanted to be the teachers and they caused divisions and strife by telling people that the apostle’s teaching was incorrect.

Second, these deceivers speak with smooth and flattering speech. The terms relate to eloquent and convincing speech. In other words, they argue well. They find something that their victim desires and exploit it. They tell the person what they want to hear to cover their deception. Their speech is like a charming email with a link that includes a virus that will destroy your computer. Close human relationships are prime locations for deception, as others have pointed out. A wife wants to be cherished and treasured by her husband. A child wants their parents’ approval. People want to know the truth. It is these areas in which people are particularly vulnerable.

Third, the victim is unsuspecting. They are not well attuned to the tactics of these self-lovers. As a result, they do not see the obvious or hear what is clear. Instead, they allow the self-lover to continue to manipulate and ever increasingly cast doubt on their ability to determine reality.

Toward a biblical definition

Now that we have consider the history and the Scripture, let’s offer a definition that uses biblical terminology to describe the phenomenon happening in people’s lives.

“Gaslighting,” biblically speaking, is the deception by self-lovers who use eloquent and persuasive speech to destroy the emotional and spiritual stability of their victims. The self-lover wants to control and often hides their own sinful behavior.

Please notice three aspects to this descriptive definition. First, those who engage in this behavior are self-lovers. All of us are lovers of self to an extent. These people are not just drawn away by their own desires from time to time, they are slaves to them. They are self-deceived just as they are seeking to deceive others.

Second, they use eloquent and persuasive language to deliver their deadly load. Even when something does not sound quite right – “you made me do this to you,” or “you really deserved much worse” – their delivery convinces. Especially inside intimate relationships, these self-lovers use convincing language to confuse their victims even after a physical/sexual assault. The victim knows the assault was wrong but begins to question after their perpetrator completes his compelling argument. As a counselor, you can expect these self-lovers to be articulate, agreeable to your face, reasonably emotional toward their own wrongdoing, and caring of others involved. It is, however, a façade. Their kind behavior is designed to deceive you too.

Those who are successfully gaslit exhibit common characteristics. You will notice that they are particularly sad. This is not the normal, run of the mill conflict between spouses.

These characteristics do not appear overnight. It is not one event that results in this level of uncertainty. Instead, the victim experiences treatment that erodes their ability to trust anything – except that one person. The smooth and flattering speech is often what keeps these people in the relationships as well. They still want the compliments and kindnesses.

Should we retain the term gaslighting?

The final issue for this post is whether we should keep using the term gaslighting. I believe it is always best to connect secular words and ideas to biblical truth. I prefer the term “drunkard” to “alcoholic,” “idolator” to “addict,” “deceiver” to “gaslighter,” or “deceiving” to “gaslighting.”

Using biblical terminology provides biblical hope. I want to make it as easy as possible to show my counselees that the Bible speaks about their struggles and problems.

That said, I would like to make two mitigating points. First, biblical counselors should know the term gaslighting. Some counselees will use it. A basic understanding of the concept will help us ask good questions to our counselee’s individual understanding.

Second, gaslighting is a particularly wicked form of deception. It seeks to destroy the victim by encouraging them to detach from reality. When this occurs, it will encourage us to think and minister in certain categories. Those who retain the term gaslighting will do so to show the seriousness of the victim’s experience and the wickedness of the perpetrator’s actions.

The next post will suggest several ways to minister to a victim of gaslighting.

[6] This short article does not attempt a more comprehensive word analysis although that could be fruitful. Words like hide, manipulate, manipulation, as well as biblical stories might provide additional insights.

Photo by Ashish Joshi on Unsplash