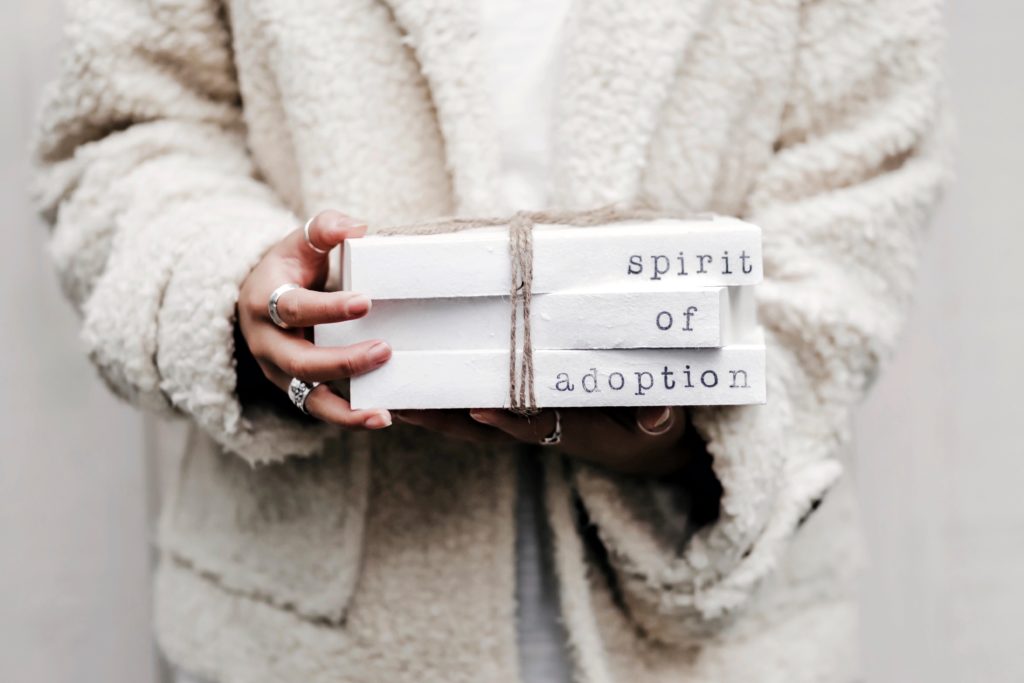 “I don’t want to talk to him, I want to see my dad.” Blurted the teenager.

He crossed his arms and slunk back in the chair.  Sitting next to him, the teenager’s adoptive father’s face flushed with a mixture of anger and sorrow. He knew his son’s biological father to be a wicked and terrible man, who had abused and abandoned his son. These teenager’s words flowed from a wounded heart, but they were daggers in the ears of his father.

Only a few years ago they celebrated the teenager’s official adoption. They rejoiced and feasted as a family. But the party was over. Daily feuds had become the norm. The father wanted counsel for how to handle some issues in  their escalating relationship. The son was defiant and rebellious.  He left his home and responsibilities whenever he wanted with little regard for the consequences. Every conversation was a battle. It seemed like there were only two settings for communicating: shouting, or sulking.

The courts had declared this teenager an official son, but the father felt unable to parent, defeated, incapable of reasoning with his son or controlling his behavior. The teenager was legally an heir, but at this moment not happy to be a son in this family.

This is just a glimpse into one facet of the adversity of adoption. There are incredible days of delight, but some days can just be drab or downright difficult.

The teenager’s hurtful words reveal a son who desires greatly to talk to, and see, his biological father. His adoptive father desires the love of his son. He doesn’t want his relationship with his son to be exclusively a legal arrangement, but one where the son desires, appreciates, and honors him. He wants a son that wants to call him Dad.

Truths of God’s love in adopting us, and how He graciously gives Himself to us as adopted children, can strengthen this father to love his son.

It is tempting for us to expect that, when we serve people, they should respond with joy and enthusiasm for what we do. We want thanksgiving, recognition, and respect for the ways we sacrifice and love them. I confess, when I seek to care for someone in need, I hope they will respond like the dogs and cats featured in those animal abuse commercials that are eagerly waiting to be loved, with those adorable eyes, wagging their tails with happiness at even the thought of someone caring for them, as Sarah McLachlan sings “In the Arms of the Angel.”

But how did we respond to God’s love of us? Instead of adorable dogs and cats, waiting and wagging in eager anticipation, the Bible says that we were rebellious sinners shaking our fists at a perfectly loving Father. Our Father, in love, predestined us sinners, for adoption to sonship through Jesus Christ, in accordance with His pleasure and will— to the praise of His glorious grace (Eph. 1:5-6). The picture of our adoption is not us eagerly waiting and wanting our Heavenly Father, but proactively spurning his love. “But God demonstrates His own love for us in this: While we were still sinners, Christ died for us” (Romans 5:8). What incredible love our Father demonstrates to us in giving up His only perfect Son, who loved Him, for children of wrath who hated Him (Col. 1:21; Eph. 2:3). If we were enemies until God adopted us, how would we expect adopted children to receive their adoption to sinful earthly parents?  Let the love of our Heavenly Father motivate us to be imitators as dearly loved children of God (Eph. 5:1-2). How would meditating on and embracing these truths impact us as parents when our children spurn our love? What an amazing privilege that God has now called us to this amazing purpose to represent to others what His love is like. When it’s hard, Christian friend, remember your privilege to imitate His love and that you can pray to your Heavenly Father.

When our heavenly Father adopts us, He does not just provide us with a new legal status. God declares that we are righteous and forgiven by the highest court through the work of Christ. He also views us in a completely different way and piles on His help and blessings:

Marvel at this love of God in your heart! The Spirit makes us aware and assures us that we are a child of God. Not only that, but the Spirit also changes our affections and emotions to feel desirous for our Heavenly Father, to cry out to him as His children!

Think about your own salvation. Did you immediately believe and relate to God as if those statements are true? Or, did God patiently reveal them to you as you sometimes rebelled and tried to be independent of Him? So let us not grow weary in imitating the love of God. Listen to the longing behind the teenager’s statement, “I don’t want to talk to him, I want to see my dad.” Let it awaken our hearts to adoration of our God. Praise the Lord for the privilege that we can call God Our Father, speak with Him, enjoy His presence, and imitate His love even in times of great adversity. Let us pray for our earthly children, that they would become God’s adopted children, who desire to cry out, “Abba, Father.“