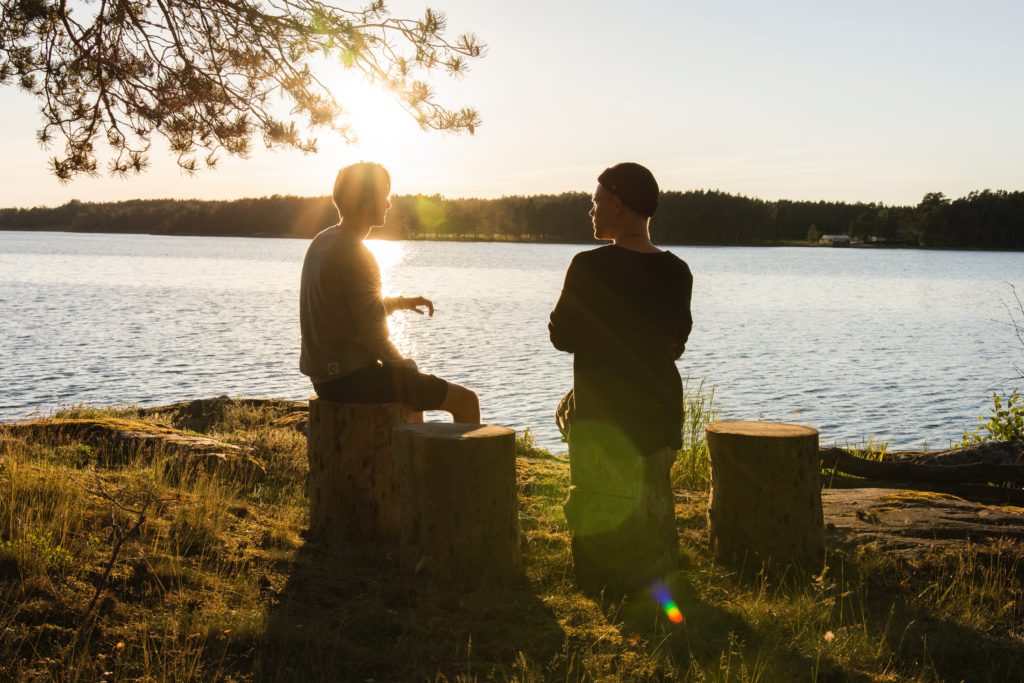 When persons are being introduced to Biblical Counseling, one of the aspects that they will either have to accept or reject is what to do with confrontation. Confrontation is one of the unique hallmarks of Biblical Counseling as compared to other forms of Christian care (such as Christian Psychology or Integrationism), because BC does not ground the goal of change in what the person wants or some other standard, rather it grounds the change in the Scriptures and the person of Christ. That means then that one of the jobs of the counselor is to come alongside and point out— with all love, patience, and care— how that person may need to change their thoughts, desires, and actions to conform to the person of Christ (Eph. 4:13). Places like Romans 15:14 tell us that this role is not just for counselors, but for the entire church.

That means, a person might believe they are equipped to confront, that Scripture does indeed have a standard that it is to be calling others to, but they may choose to not confront sin for a number of reasons. Perhaps it is fear—they are worried the person will be upset or chose to not talk with them again. Perhaps it is out of a sense of being a hypocrite; how could I confront someone when I’m so bad? Or perhaps they have convinced themselves that the best course of action is to never say anything and hope that righteous acting and thinking will eventually just rub off, like osmosis. Each of those thoughts does have a layer of truth in them—if you are noticing your own sinfulness as you consider confrontation, that is a really good thing (Matt. 7:3-5) and should lead to your own repentance.

But God has strong words for anyone who opposes confrontation as a mean of expressing love to Christ and to their brother and sister carte blanche. Look with me at the prophet Ezekiel and the warning that God gave him.

Ezekiel is one of those books that tends to get overlooked when it comes to New Testament saints reading the Scripture. It can be hard to understand at certain times; it opens with a bizarre description of God, angels, and even at times has judgments on the surrounding nations that can be hard for us to apply today. Ezekiel was part of the exiled community who had been deported to Babylon and was 30 years old when he had his opening vision. God would continue to speak to him throughout his life and gave him some of the most peculiar ministry assignments that we see in the Bible (check out the fourth chapter).

In Chapter 33, God tells Ezekiel that he will function as Israel’s “Watchman.” God will tell Ezekiel what to say when it comes to calling out sin and calling others to repent. That person will be judged by God for their repentance or lack of repentance, but God also says that he will judge Ezekiel based on what he does or does not do.

Now as for you, son of man, I have appointed you a watchman for the house of Israel; so you will hear a message from My mouth and give them warning from Me. “When I say to the wicked, ‘O wicked man, you will surely die,’ and you do not speak to warn the wicked from his way, that wicked man shall die in his iniquity, but his blood I will require from your hand. (Ezekiel 33:7–8)

Just let that concept soak in for a moment. God is saying that Ezekiel must do something with this word that he receives from the Lord, and if he does not, he will face judgment too. Notice that Ezekiel is not responsible to ensure that this person turns (sometimes we tell ourselves they will not repent so why even try?).

What Will You Do with the Word of the Lord?

So that brings the question to you: when you are meeting with another person who is struggling with sin, what are you going to do? Are you going to be fearful of that person and chose not to say anything? Are you going to just hope that if they come to church enough and are around you enough that they might change? Or will you see the charge that God gives to His people, to speak boldly because there is an expectation by God toward you, that you would do this.

This does not mean that our confrontation can skip the important aspects—like being done in love (Eph. 4:15). This mandate does not mean we are to stop examining ourselves (Gal. 6:1). Nor does this mandate mean that we have arrived at perfection because we are coming alongside another brother or sister who is in need of help.

What this means is God has decided to use people in the course of accomplishing His plan here on earth. Part of using people is that He calls us to confront each other when our ways are errant—even when we don’t want to or feel we are qualified. And in looking at the prophet Ezekiel, we see that God will not only judge those who sin, but He will also judge those who choose to remain silent when they see a brother or sister caught in a trespass and do nothing.

Choose today, then, that you will be sure not to shrink back when it comes to confronting your brother or sister. Remember that it is good for them to come face to face with the word of God and to call them to change. But also, for your own sake, believe that God will also judge you if you chose to pass over the loving act of confrontation because of your own sin. Confrontation is not just an optional thing that some skilled folks can do, or something that you might consider doing. Rather, God calls his community of believes to help and sharpen one another to the image of Christ—even when it is hard and uncomfortable.