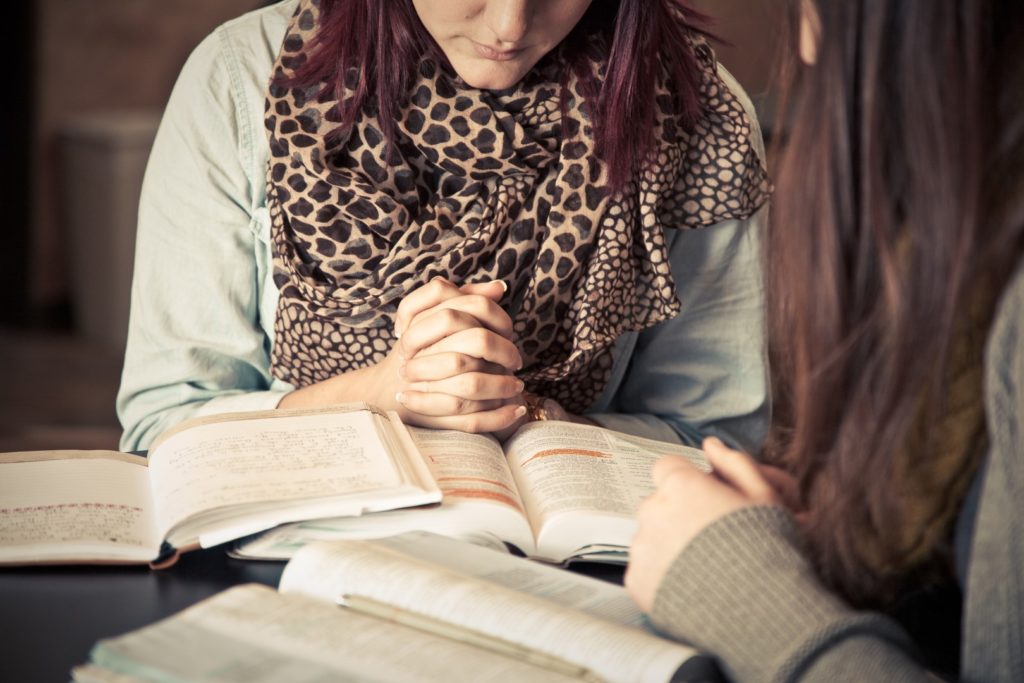 Emily,[*] a young mom of three, was semi-faithful at completing her counseling homework, but after seven weeks of counseling, she showed few signs of progress and continued to argue with her spouse. We discussed these arguments in counseling, seeking to solve the issue by investigating and reforming her view of God. A recurring theme in her life, seeking control, revealed itself in session after session. As her counselor, I began to have nagging doubts about Emily’s salvation. Her husband, Mike, raised the topic at home, and I was surprised when Emily was not offended by this; so we discussed the possibility that she may not be saved. Emily said she had talked about it with Mike several times and concluded she was saved. As our sessions continued, Emily remained “stuck.” So I shifted my focus to the causes of her lack of progress.

Since we had already discussed the topic of her salvation more than once, I was hesitant to bring it up again. Instead of asking her directly, I gave her some homework hoping that the Holy Spirit might use the assignment to generate the discussion organically. As homework, Emily read Matthew 5-7 and listed the characteristics of a believer. She then rated herself from 1-10 on each characteristic. As part of our follow-up conversation, I planned to ask her about her “secret life,” who she was when no one else was around. I also asked her to read Matthew 13:1-23, the Parable of The Sower, and to self-evaluate and determine which kind of soil best represented her life.

When we reviewed this homework, Emily readily admitted that she didn’t have much fruit in her life. This surprised me. Emily faithfully served in a good local church and had been for decades. When asked about who she was in secret, the conversation slowed considerably. As I thought about her struggles with control, the Lord brought to mind Luke 14: 33, which says, “So therefore, any one of you who does not give up everything he has cannot be my disciple.” Emily carefully considered this and said, “You know, I don’t think I’ve done this. I’ve always held on to something… I don’t even know what it is that I’m holding on to. I guess seeking to control.” She then said, “What should I do?” I told her that she could pray and talk to God about it right now or on her way home from counseling. She decided to pray right away. In that moment, Emily prayed so sincerely and directly and relinquished control of her life to Jesus.

Grace’s* story was similar to Emily’s, but different. Grace was also semi-faithful in completing her counseling homework, and, like Emily, she had made very little progress during our time together. I began to have doubts about her salvation as well. Her personal testimony incorporated all the traditional elements, but her life reflected very little interest in God and the Bible. She was very moral, upright, and hardworking.

I gave Grace “The Gospel Primer” by Milton Vincent and asked her to highlight the passages she found most meaningful. In my experience, at least one topic in Vincent’s straightforward and powerful presentation of the Gospel deeply affects believing readers. Grace returned the next week, having made no highlights, and commented, “I already know all of these things.” I gently asked her about her salvation again. She diverted the question. The next week we looked at Luke 6:43-44, “No good tree bears bad fruit nor does a bad tree bear good fruit. Each tree is recognized by its own fruit.” As I drew a tree on the whiteboard, I asked Grace about the fruit in the passage. We discussed what fruit should look like. I pressed her to tell me what kind of fruit she showed in her life. She responded by saying she could see why that was an important topic, and then diverted the conversation. We repeated this basic scenario in several subsequent sessions. She was never upset or disturbed by my questions and was happy to receive some “lite” spiritual help during our sessions. Eventually, it dawned on me that I could continue to bring up Scripture that I thought was relevant to her view of life and salvation, but if the Holy Spirit didn’t open her eyes, she would remain in her current state– stuck on a sort of counseling treadmill. This was my perception of her spiritual state. Only God knows for sure.

In both cases, and always, prayer was imperative. As I diligently prayed for these women, I had a front row seat as the Holy Spirit opened blind eyes in one case and chose not to in the next. Upon reflection, I am humbled and reminded of Acts 13:48, “…and all who were appointed for eternal life believed.”

Susan Blake
Susan Blake has been married to Joe since 1981. They are the parents of five children and have three grandchildren. Susan is a certified biblical counselor with the ACBC and she counsels in various ministries at Faith Church.