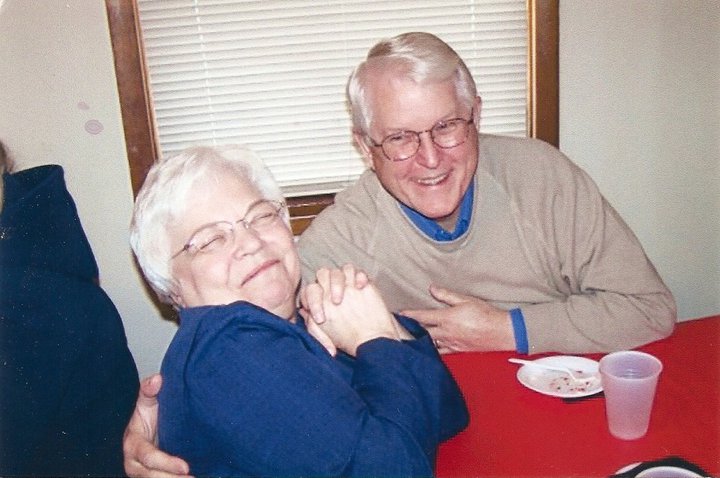 The trainees in Faith Counseling Ministries’ eleven week training class have the opportunity to sit in on live counseling sessions. At the end of the program they are asked to critique the class, instructors and counselors. Some young men seem to have a problem with my personal approach. I suspect they wanted me to diagnose the problem and then give a three step solution. I received this criticism enough times that I began to think it might be valid and I should cease using personal stories. But then I realized that I was much older than these young men. Most of them had not lived long enough to have personal experiences.  Also, I was aware that pastors and authors of Christian books often used personal illustrations. Who at Faith Church hasn’t enjoyed and benefited from one of Pastor Steve Viars’ swimming pool building stories?

When counseling couples who are facing marital problems, I sometimes use Dave Harvey’s book When Sinners Say I Do. I ask my counselees to read the last chapter first. Even if I do not intend to use this book I sometimes loan them my copy so they can read the last chapter. Yes, I have a reason for this strange behavior. You say, “It had better be good.” Well, let’s see.

Unless a couple steps off a curb together and a yogurt truck sends them to their eternal home at the same time, one of them is going to have to say goodbye to the other. There are many ways this can happen, but I like the symbolism of the yogurt truck. My counselees need not look any further than the chapter title to get the message. The title is “When Sinners Say Goodbye.” Most of them get the meaning immediately. With the exception of a yogurt truck moment, there will come a day when one of them will be saying goodbye to the other.

This isn’t going to be easy regardless of how well the surviving spouse fulfilled his or her God-ordained role. At best, it will be a time of deep grieving. 1 Thessalonians 4:13 makes it clear there are differences in how people grieve.

But we do not want you to be uninformed, brethren, about those who are asleep, so that you will not grieve as do the rest who have no hope.

Believers who have worked to love and serve their spouse according to God’s plan will grieve and perhaps deeply. But it will not be the same as the grieving of a surviving spouse who has lived for themselves. Their grieving will be filled with regret. Through tears they will say, “If I had only____.” They will have no hope. There will be nothing they can do for their spouse now…it is over.

Giving a couple a chance to see their future even in the title—”When Sinners Say Goodbye”—can motivate them to be attentive during their counseling sessions in an effort to get it right; to be a learner. Dave Harvey quotes Matthew Henry who said, “It ought to be the business of every day to prepare for our last day.” Richard Baxter, a great Puritan Pastor, said, “To prepare each other for the approach of death, and comfort each other in the hopes of life eternal.”

“A maturing marriage is one that sees all the way to the finish line and beyond.”

“Every marriage has its final moment. Usually death visits one spouse, grief the other. If the gospel has been treasured within the marriage, both spouses will be prepared.”

[This is where I intended to end this essay. However, when I asked Rita, my wife of forty-six years, to read it, she said, “I think you should say something about saying goodbye to your first wife.” That ought to tell you something about Rita’s strength and character. She has never been intimidated. So here we go.]

Mary (my first wife of fifteen years) and I had moved to Lafayette in 1958. We tried a few churches and finally landing at Faith Church in 1968. During this time we had adopted two babies. I had been given the responsibility of teaching a junior boy’s Sunday school class. I had a good job. Life was good.

I found myself just trying to stay one week ahead of the boys in my junior boys’ class. That was enough, however, for me to be confronted with a central truth—there was no guarantee that life would always be as good as it had been. This troubled me. If, or better, ‘when’, God decides to test me, how would he do it? I thought, “I could lose my job.” “I could become disabled.” But I could deal with that. Or, (“please Lord…no!”) he could take Mary. Sadly, even though Mary had no evidence of this happening, I would beg the Lord not to take Mary away from me. I know… I was foolish.

Mary had a mammogram that showed a spot. Her doctor didn’t think we needed to be concerned. This was over fifty years ago. Medicine has advanced significantly since that time. Nine months later we learned that a biopsy should have been done. By that time, cancer was already in the lymph nodes. So radiation and time was needed. About a year later and we were beginning to think we might have won. Then new symptoms proved otherwise. Back to the surgeon and then to Mayo Clinic. There we received the conclusive diagnosis—Mary was going to be with the Lord soon (not their words, of course). We had one more year knowing we were going to say goodbye.

Mary seemed at peace with this. I, on the other hand, was deeply grieved. Even so, Mary and I had a year of saying goodbye. It was a precious year. During that year we concluded that God does not let us vote on everything. We found strength in knowing that God is sovereign and He loves us.

I had plenty of time during that year to assess my own husbandly record. While not a total disaster, I had regrets. These regrets, neglected in the past, became vivid to my heart knowing I was saying goodbye to Mary. I cared for Mary at home. It was my great joy to love her and meet her every need.

There is no question that the experience of saying good bye to Mary equipped me to live with Rita in a manner more pleasing to God. Both of us are living with fewer regrets. Of course, when our time to say goodbye comes, we will grieve. But not like those who have no hope. We are prepared.