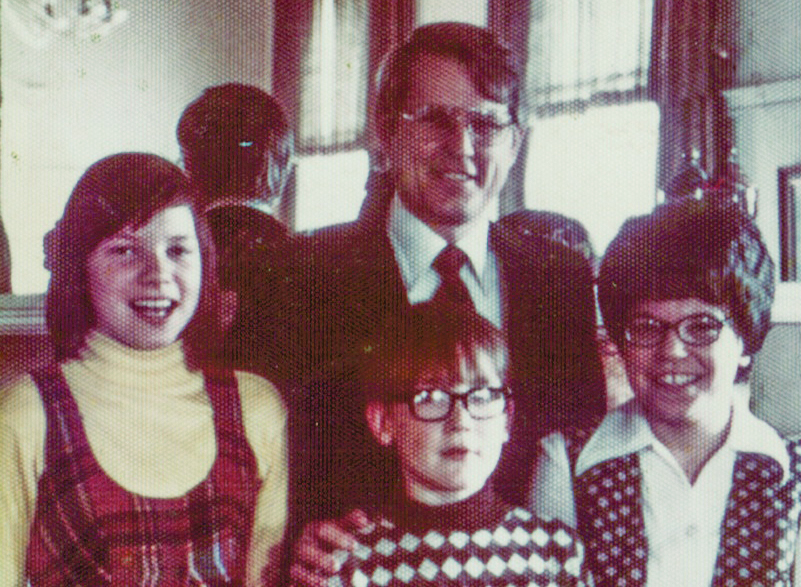 Rita and I had only been married for a very short time when we were confronted with the fact that our family cultures were different in a number of ways. This became evident, or should have been evident, one evening at the dinner table. There were four of us. Besides Rita and me, we had the two children my first wife, Mary, and I had adopted.  Mary was undoubtedly smiling (or possibly laughing hilariously) down from heaven at what was about to happen.

You see, we were unaware that the different family cultures were about to collide. After, thanking the Lord for the food and other things, I looked at the food Rita had carefully and beautifully prepared: Liver and onions, one of my favorites for me and fried chicken for herself and the children. I looked straight at Rita and said, “Don’t ever do that again!” Her retort was,” You don’t understand. I ask the children if they liked liver and onions and they said NO! And I don’t either.”

My family: My mother would fix the same food and everyone was expected to eat it. Not only that, when we children wished to be excused from the table we had to say, “I enjoyed my dinner…may I be excused?” This seemed very wise to me as I grew older. We learned to be content with the food we had and respectful for those who had prepared it. Rita offered another perspective, “Your dad was teaching you to lie.”

Rita’s family: Rita is from a very large family. She is the oldest of ten children. Her mother (who died far too young) would often fix meals with two or more entrees, sides, and deserts. Why? Because not everyone liked the same thing. She wanted them to know they were special. Also, her dad was a picky eater and she treated him special and she wanted to treat the whole family special.

Let me tell you, I love Rita’s family…especially her mother. She was amazing and so is Rita.

The title of this little essay is “Missed Opportunities.” Was this episode a missed opportunity? Overwhelmingly, the answer is “yes.” Many years later I told this story to a couple I was counseling. At the end of the story the husband asked me a troubling question, “Did Rita ever do it again?” I could not answer his question…I didn’t remember. So, soon after that I mustered the strength to ask Rita. She said “No”, but she struggled with it for a long time. “BAM!!”…a lost opportunity.

Do you see it? What if I had been a better husband and been more obedient to 1 Peter 3:7, which says, “You husbands…in the same way, live with your wives in an understanding way, as with someone weaker, since she is a woman; and show her honor as a fellow heir of the grace of life..” What could Rita and I have done to join the good parts of our family cultures into a valuable lesson? We could have combined these different cultures into one for our family that made us all stronger…one where contentment and love for family reside together.

Thankfully, we achieved this goal later in life, but the lesson could have been learned within weeks of our marriage. Even today when the children and now grandchildren call home and I answer the phone, they like to talk to me…but I know they really want to talk to Rita.