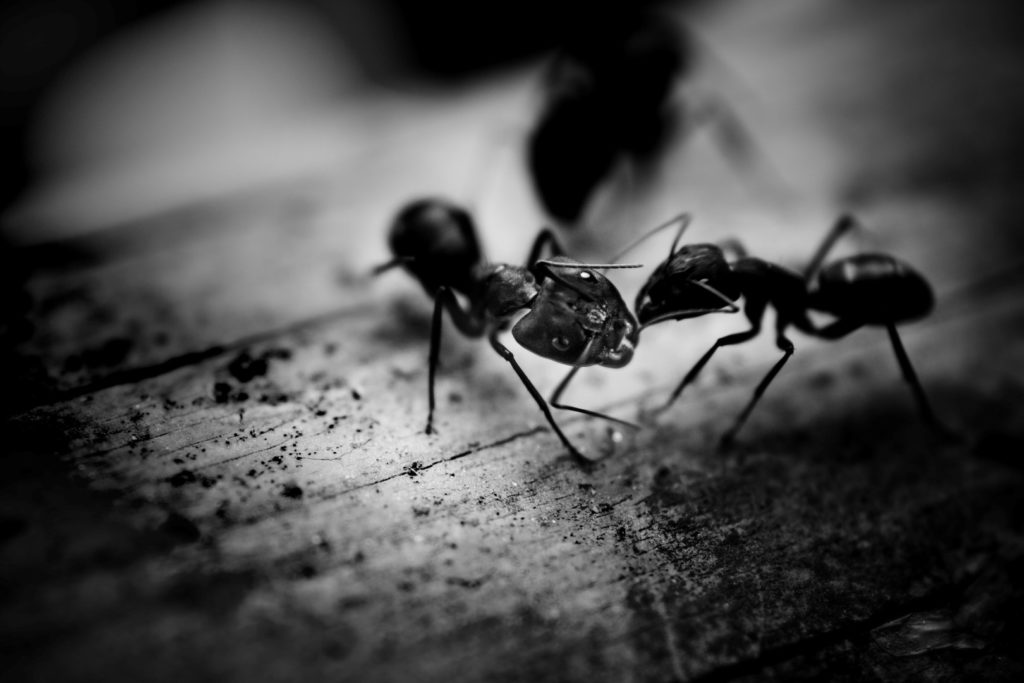 Years ago, a Christian leadership journal published a cartoon depicting a pair of Martians observing a multi-level ant farm.  One floor was labeled Methodists, the next Presbyterians, the next Baptists, and so on.  The caption underneath said something like, “they will fight, of course, if you mix the species, but the curious thing is, even if you leave them separated, they will divide up and fight amongst themselves.”

God’s people, by their very nature, are passionate about the truth and we would all agree that is a very good thing.  But it is possible to fall into the trap of believing every issue carries equal weight and every disagreement is a reason to separate.  The words “fighting amongst themselves” far too often describe followers of Jesus Christ.

This tendency can even impact the biblical counseling movement.  Because we traffic in truth claims each and every day, we often become highly attuned to affirming principles and calling out error.  But as is often the case, our strengths become our weaknesses.  If a desire to be discerning crosses the line to being unwilling to get along with others who hold even relatively minor differences, the participants and the movement as a whole loses.

I have been involved in the biblical counseling movement for nearly thirty-five years.  Often, I have felt like I was living in a modern-day version of 1 Corinthians chapter 1 – “I am of Paul, I am of Apollos, I am of Cephas, and I am of Christ.”  The inability of the various players and organizations to collaborate together, in even the most informal ways, has been disappointing.

Often, this is the result of “fringe-thinking” where men and women immediately move to focus on the relatively minor ways that people in the movement disagree.  Those differences are exaggerated, especially by the second and third generation, because of a lack of relationship and dialogue.  Too often, we talk about others instead of to others.

A better approach is “centered-thinking” where we begin by establishing a relational platform of celebrating all our common ground.  We then move out, arm-in-arm as genuine friends, and have honest conversations about our differences.

There are at least five benefits of relating to one another in this fashion.

First, we accurately represent the other person’s position instead of using his worst quote as being representative of his entire approach.  Our goal should be to speak about those with whom we disagree with such a commitment to truth that if the person was standing right next to us they would nod their head and say, “yes, that is what I believe.”

Second, we might actually learn from those with whom we differ.  I have had the privilege of knowing most of the first and second generation leaders of the biblical counseling movement, personally.  I studied under them and we have taught and served together in all sorts of fashions over the decades.  I firmly believe this – no one person or organization has a corner on the truth.  No one, including myself and the ministries I lead.  The fact is, we need each other.  That does not mean we will always agree and can always fully collaborate.  However, a modicum of humility would serve most of us very, very well.

Third, we as a movement can be an example to the people we counsel.  Men and women see models of people who love to argue and fight every day on cable news, the breakroom at work, and the community ball field.  What our counselees need to see from us is leaders who disagree well with charity, grace, and compassion.

Fourth, we can become better stewards of the movement.  As I write this, two of our staff members are teaching biblical counseling to pastors in Cuba.  I am on an airplane 35,000 feet in the air on my way to Colombia, South America to do the same thing there.  The opportunities to encourage and train churches around the world to practice biblical counseling and soul care have never been more numerous or exciting.  But as one pastor of a large evangelical church said to several of us a few years ago in reference to the “biblical counseling alphabet soup” – “you guys need to get your act together because I don’t want to have to choose between warring factions in the movement.  I want to train our church in the best of the best that the biblical counseling world has to offer without getting mired down in all the drama.”  Exactly.  I fully agree that failing to draw correct boundaries would be a significant error.  But unnecessary division will diminish our ability to speak powerfully and effectively at a very important point in church history.

Last and most important, such an approach will potentially draw us closer to Christ.  As someone who has pastored at the same church for over thirty years, I can attest to this truth – it is hard for God’s people to get along with one another for an extended period of time.  But “how good and how pleasant it is for the brethren to dwell together in unity” (Psalm 133:1).  Jesus prayed for such an approach and then He died on the cross as the Prince of Peace to make it possible.

Does that mean we will always agree?  Not this side of heaven. But let’s prove the Martians wrong. Let’s allow the power of centered-thinking to direct the way we relate to one another.