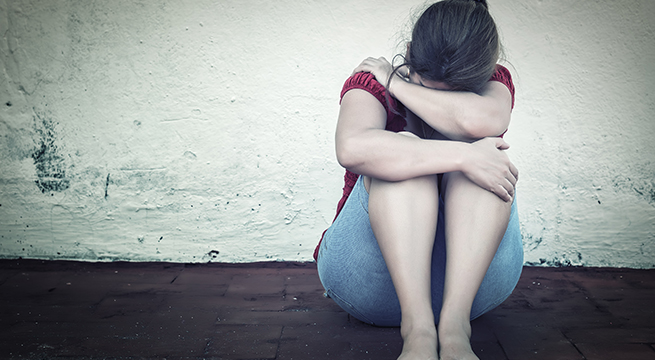 Due to the recent news stories, many are paying much closer attention to the issue of domestic violence. The behavior of individuals like Ray Rice and the response to his behavior by those in leadership over him has forced us to come to grips with some hard realities.

We live in culture where people hurt one another. Sadly, many people enjoy exercising their power even if it means someone else must be oppressed.

We, in the church, must also recognize that domestic violence is a problem in the church just as it is a problem in other locations. But recent events in our own area and in conversations with other pastors around the country demonstrate that there is another challenging thread. Many of the men in our churches are not committing the crime of domestic violence, but they are being very oppressive and overly controlling in how they treat their wives. The cases regarding domestic violence are very clear cut … the man is wrong and may receive significant punishment from the authorities. But other situations are much more subtle. These are mind games designed to keep the woman guessing. For example …

You see, these attacks are more subtle. There is no physical striking. There is no crime being committed. Instead, there is a game. A game where the husband wants to oppress, control, and humiliate his wife. What is most nauseating about this type of bullying inside marriage is that it is often justified through the category of biblical leadership. The husband wants to speak of the importance of his wife’s submission, and his role as the leader in the family often while quoting the Bible to defend his sinful actions.

So what do you do? How do you think about this?

Many posts are written in the woman’s direction. The advice is often how to live in such an environment, how to engage church leadership, and even how to engage law enforcement if that ever becomes necessary. But my goal is different. I want to speak to the men for a moment.

Men, it is time to call this treatment what it is … Sinful.

Guys, no one is fooled for long. You might be able to smooth talk your pastor, your counselor, or your friends for a while, but sooner or later your own deeds cry out. They speak against you. The Lord Jesus made it very clear that leadership was not about control. In fact Matthew 20:25 says, “But Jesus called them to Himself and said, ‘You know that the rulers of the Gentiles lord it over them, and their great men exercise authority over them.’”

When you “lord it over” your wife you are acting like an unbeliever. Controlling your wife should not be satisfying to you. You should not feel like you have accomplished anything. In fact, it reminds me of the time we first started letting our youngest son wrestle. One day another kid about four years older wrestled our son. The older kid won by pin. He felt pretty proud of himself in that moment until my older son walked up to him and said, “Oh, by the way, the kid you beat is in the third grade.” All the sudden, this boy’s accomplishment was not very impressive. Neither is yours. It is not noteworthy or praiseworthy when a man seeks to use whatever skills he possess in order to control, intimidate, and demean his wife (i.e., lord it over her).

It is time to repent of such sinful treatment

Most women I have met who have a husband who treats them in this fashion want to be reconciled, restored, and have a stronger marriage than they have ever had before. The challenge is that they also want to believe that you are repentant. Excuses are not impressive and the Lord is certainly not fooled by your actions. It is time in humility to repent of the way you have treated your spouse.

It is time to understand and apply biblical leadership

We agree that the husband is to be the leader of the family. But the model set by Jesus is one of service. In other words, the leadership authority that was given to husbands by the Lord is designed to move the family in a Christ-like direction. It was never intended to be used as a power-hungry control freak.

Here are 3 questions you can ask yourself about your leadership …

These situations are not hopeless. The Lord Jesus is able to fix these situations in radical ways. It is time to pray, to study the Word, and possibly to get some help. Marriages, family, and the glory of God in your life are all at stake.