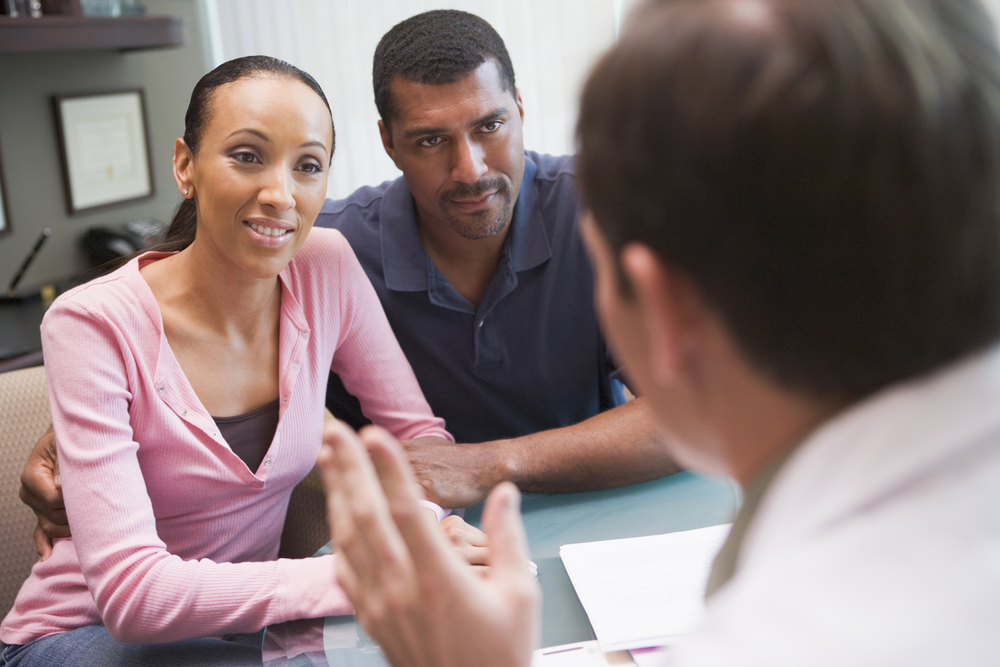 I (Rob Green) have tried to address infertility from a spiritual perspective (3 short articles beginning with “Infertility: Silent But Very Painful Suffering.” I have attempted to offer some hope and help to hurting couples through the Word of God.

We must admit, however, that infertility often has a medical component as well as a spiritual component. That is why I have asked Dr. Dan Wickert to give us a little more information on the types of treatments that are available to couples. Before we get to the details I want to begin with two introductory comments:

Dr. Wickert is a board certified OB/GYN and has been in practice for 26 years. He provides care in general obstetrics, gynecology, and with couples struggling with infertility. He also serves as a deacon at Faith and on the teaching/counseling staff at the church.

Infertility treatment begins by gathering a few basic facts including: a sperm count, hysterosalpingogram (an x-ray evaluation of the shape of the cavity of the uterus or inside of the uterus along with an evaluation of the patency or openness of the fallopian tubes), and some measure to evaluate if and how well the woman ovulates. Evaluation of ovulatory function could include basal body temperature charts, lab work, or urinary evaluation. In other words, I attempt to understand if there are any physical issues that might make pregnancy more difficult to achieve. This initial evaluation allows me to develop a plan for the best treatment options, potentially involving a specialist in infertility for advanced, high tech alternatives.

Infertility is not always traced back to the female. Sometimes a male has a very low sperm count, making pregnancy more difficult to achieve. When this is the case, I normally refer the man to a urologist to identify possible causes and treatment options.

There are many different options available to couples. Here are six of the most common.

In some cases, fertility drugs are all that is necessary. These drugs are intended for women who are not ovulating or not ovulating well. This would primarily include those women with cycles longer than 35 to 40 days.

There are two primary classes of fertility drugs: oral or injectable. There are significant differences between these two classes. We usually start with the oral drugs, which are typically taken for 5 days early in the cycle. This carries a risk of twins of 5-10% and a risk of triplets of less than 1%. There are multiple doses that are possible, and occasionally ultrasound is used to evaluate whether the medication is working appropriately. Often basal body temperature graphing is done along with urine and blood testing.

The other type, injectable fertility drugs, are often managed by the fertility specialist. These drugs require daily injections, blood work, and ultrasound to determine both the size and timing of the next intramuscular injection to promote ovulation. Success to achieve ovulation is determined by ultrasound and blood testing. The multiple pregnancy rate ranges from 20 to 40%. These drugs are usually associated with the pregnancies with more than twins.

One last note on fertility drugs is the success rate. Ovulation occurs with either treatment up to 85% of the time, but the pregnancy rate is much lower.

While everyone would need to think this through from a moral perspective, one of the options is the use of donor sperm. For husbands with little or no sperm and no successful medical treatment, the use of donor sperm is available. This sperm is usually collected and then frozen. The donor is tested for any infection at the time of collection and then tested at a later date to confirm there was no infection (primarily sexually transmitted infections).

Another option is the use of a donor egg. Again, each couple would need to think about this, but the process is available. In this case, an egg from another woman can be used to achieve a pregnancy with the husband’s sperm or even donor sperm. Physicians sometimes recommend this treatment when a woman is unable to ovulate due to ovarian damage, or when a woman has a known genetic defect that might be harmful if transmitted to her children.

This is the instance when another woman would serve as the surrogate. This woman would become pregnant, experience all the symptoms of pregnancy, and deliver the child. After delivery the surrogate then gives the baby to the parents. The surrogate in some instances could use her own egg to achieve pregnancy, or could use a donor egg and donor sperm to achieve pregnancy. There are some serious challenges here represented by various legal cases, and we surely would not want surrogacy through adultery.  But the issue of surrogacy might be a topic raised by an attending physician.

Maybe the most popular way to deal with infertility is through advanced technologies. There are a several different types of them.

The first, and most common, is invitro fertilization (IVF). In IVF, the egg is removed from the ovary, placed together with sperm in a laboratory to produce an embryo, which at the appropriate time is then placed back into the uterus where implantation hopefully occurs. If implantation does occur, the woman would experience the remainder of the pregnancy,  including delivery. I make it sound very simple, but it is much more complicated and technical, requiring sophisticated laboratory services.

The second advanced technology, called GIFT, is the process by which the egg and sperm are placed in the fallopian tube where pregnancy occurs and then proceeds to the uterus.

The third, called ZIFT, is the process in which the early pregnancy from the union of egg and sperm is done in the laboratory, and the embryo is subsequently placed in the fallopian tube and then proceeds to the uterus.

When the word adoption is used, one normally thinks about adopting a child that has been born or is near birth. However, it is possible to adopt a frozen embryo. The program is called the snowflake program. This program allows a couple to adopt a frozen embryo pregnancy. In the process of IVF many times multiple eggs were fertilized. The best appearing early pregnancies from 2-4 were then placed back into the uterus. As part of this process there were many early pregnancies that developed to a certain stage of a number of cells and were then frozen. This adoption program would allow a woman to go through a pregnancy experiencing all the stages of pregnancy, including delivery.

In a later post I (Rob) will have a testimony from a couple who tried some of these treatments but was never able to have a child. However, God has blessed them with children through two different adoptions less than one year apart.